Like most Major League Baseball players, Milwaukee Brewers outfielder Jackie Bradley Jr. will play his first regular-season game of 2021 this Thursday — which will also be the first with his new team.

But in a Players’ Tribune article published Wednesday morning, Bradley notes Thursday’s date, April 1, also marks another milestone in his baseball career: the day his major league dream became a reality with the Boston Red Sox after two years in the minor leagues.

“Entering the 2013 season, I figured I was on my way to good ol’ Pawtucket,” he wrote. “But to my delight, something else happened to me that spring: I reached my goal of becoming a Major League Baseball player. I made the Opening Day roster of the Boston Red Sox.

“April 1, 2013 — eight years ago, tomorrow — was the beginning of a new chapter for my career. It’s one that would be filled with hardships and triumphs, but most importantly growth. From the Merloni Shuttle to the duck boat parades; from hitting slumps to hitting streaks; from All-Star Games to Gold Gloves; and from last-place finishes to World Series championships … my baseball career in New England has been one that’s challenged me to always be present in the moment.”

The longtime Red Sox outfielder left Boston for Milwaukee this offseason on a two-year deal with the Brewers. The Gold Glove center fielder was an integral part of several playoff teams, winning ALCS MVP honors en route to earning his first championship with the 2018 Red Sox.

His stellar defense and notable playoff performances made him a favorite among Red Sox fans, for whom he showed appreciation one last time before starting his latest chapter with the Brewers.

“The relationships I’ve made over the years, both on and off the field, have helped me to become the player and person I am today — and I’m so grateful for that,” he wrote. “So before each of us officially turns the page to our next chapter, I just wanted to say: Red Sox Nation, thank you. 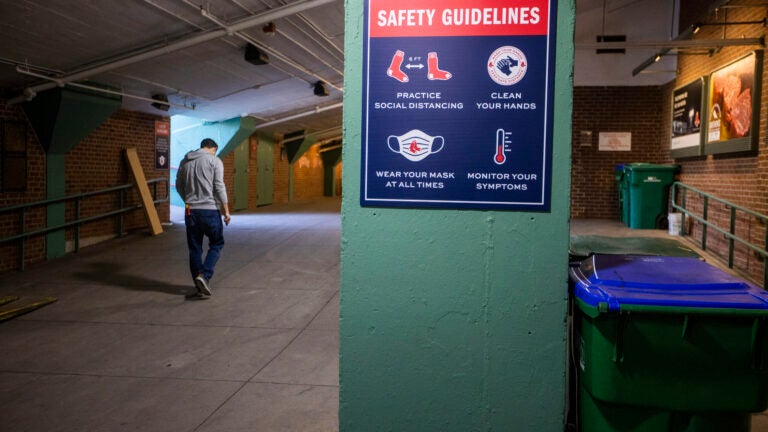