All right, so the following probably wouldn’t be the most marketable slogan in the sports world, and it is devoid of the usual hyperbole that comes with the relentless quest to move tickets and merch, but go ahead and tell me this is not the plain truth:

Now, this may sound like a lukewarm endorsement, as in “Yeah, they’re not bad, I guess” followed by a “meh” or a shrug and a fleeting thought that maybe it’s time to figure out where to find fuboTV.

It’s not that. It’s a subtle admonishment, actually, of those who insisted that this team was going to be a debacle reminiscent in all the lousy ways of last year’s 24-36 mess.

There were many fans and media members convinced that the Red Sox were going to be bad — terrible, really — and were certain we were going to see a sequel to the 2020 disaster film after that season-opening sweep at the hands of the no-name Orioles in which the Red Sox scored five runs in three games.

The only victories after that first series were the victory laps taken by those who did the “I-told-you-they-were-bums” routine, mocked the “sneaky-good” label the optimists had attached to the team, and wrote off the season as lost with three down and 159 to play.

The Red Sox haven’t inspired the benefit of the doubt over the last year-plus, but you’d think we’d know better than to flee for the lifeboats in April. As brutal as that first series was, it at least should have been acknowledged that improvements have been made, even if they were mostly AWOL in that series.

Foremost: The pitching staff has so much more quality and depth than it did a season ago, when it posted a 5.58 ERA in what was, as best we can tell, some sort of bizarre collaborative homage to John “Way Back” Wasdin. And they were always going to score runs. That never should have been a concern.

Nine games into the season, we can eliminate that worst-case scenario about how this season (presuming reasonable health) will go. They’re not bad, and that has been proven beyond a doubt, as they enter a series against the Twins with six straight victories in which they’ve averaged 8.3 runs per game and posted a plus-28 run differential.

So what are they? Should we recalibrate expectations? Even the relative optimists — of which I am one, in that I’ve said all spring they will be in the wild-card hunt deep into September — didn’t expect the turnaround to happen as rapidly as this.

I’ve seen enough to adjust my expectations — and guesstimated win totals. Before the season, I had them winning 83 games; I think it’s in the 86-87 range now.

I was correct that they’d be significantly improved this year, but I didn’t identify all of the reasons why.

One of those reasons: I underestimated the improvement of the bullpen. With Adam Ottavino, Matt Barnes, Matt Andriese, electrifying Rule 5 heist Garrett Whitlock, Hirokazu Sawamura, Darwinzon Hernandez, and beyond, the bullpen suddenly has a group with complementary, diverse repertoires.

They’re going to give the improved but still uncertain starting rotation the backup it needs. Andriese, in particular, looks like the glue to the staff with his ability to pitch often in various roles and situations.

The other reason: J.D. Martinez is punishing the baseball again after his weird, lost 2020 season. He entered Monday tied for the MLB lead in homers (5) and leading in RBIs (16) and doubles (7) while batting .472 with a 1.583 OPS. I’m going to go out on a limb and say he did not forget how to hit a fastball after all.

Martinez had had some crazy-hot stretches in his career — with the Diamondbacks in 2017, he hit 29 homers in 62 games — but he’s as locked in right now as he has been in his three-plus seasons with the Red Sox. And this is a guy who averaged 40 home runs and 118 RBIs over his first two seasons here.

He homered three times Sunday, and his 16 RBIs are tied for the most by a Red Sox player through nine games, matching Shea Hillenbrand in 2003. Hillenbrand was traded that May in part to open up more playing time for David Ortiz and Bill Mueller. Martinez, right now, is hitting like some combination of them.

I’ll admit, I didn’t think Martinez had this resurgence in him. Perhaps that’s my fault for underestimating how each individual was affected differently by last season’s unprecedented circumstances. But at least I’m not among those who underestimated how much better off the Red Sox were entering this season than last.

No, the Red Sox aren’t bad, and they’re not going to be. Anyone who thought they would be is already wrong.

Oh, and they’re not sneaky-good, either. From here on out, there’s nothing sneaky about it. 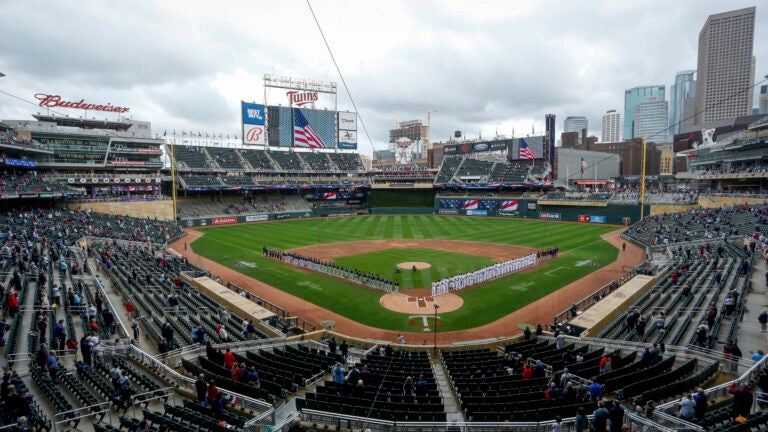