On Sunday evening, as protests broke out around Minneapolis following the fatal shooting of Daunte Wright by a police officer, Red Sox manager Alex Cora said he wondered if Monday’s game in Minnesota would be postponed.

Still, the Red Sox gathered at the Twins’ Target Field and went through their pre-game routine. Shortly before the first pitch was scheduled, however, Twins manager Rocco Baldelli informed Cora that the game had been called off.

Wright, a 20-year-old Black man, was killed on Sunday after being pulled over for a traffic violation and was told to step out of the vehicle. As police officers tried to handcuff him, Wright attempted to get back in his car. Body cam footage shows an officer yelling “taser” then saying “I just shot him” as Wright’s car began to roll. Wright was fatally wounded, and his car crashed a few blocks away. The police officer who shot Wright was not named.

Wright’s death took place in the same city where Derek Chauvin, who knelt on George Floyd’s neck until he died earlier this year, is currently on trial.

In August, after Jacob Blake was shot in Kenosha, WI, the Twins unanimously voted to walk out in protest, and the team later released a statement supporting its players. On Monday, the Twins wrote in a statement that they extend their sympathies to Wright’s family.

“Out of respect for the tragic events that occurred yesterday in Brooklyn Center, and following the additional details in this evolving situation, the Twins have decided it is in the best interest of our fans, staff, players and community to not play today’s game,” the team wrote in a statement. “The decision was made by the Minnesota Twins after consultation with Major League Baseball, and local and state officials. Information regarding the rescheduling of today’s game, and corresponding ticket details will be released in the near future.”

In the meantime, Cora said the Red Sox are in “a waiting pattern” — uncertain what the next few days will look like.

Cora said the Red Sox will simply need to be patient.

“The game is the game, and there’s more important things than the game,” he added. 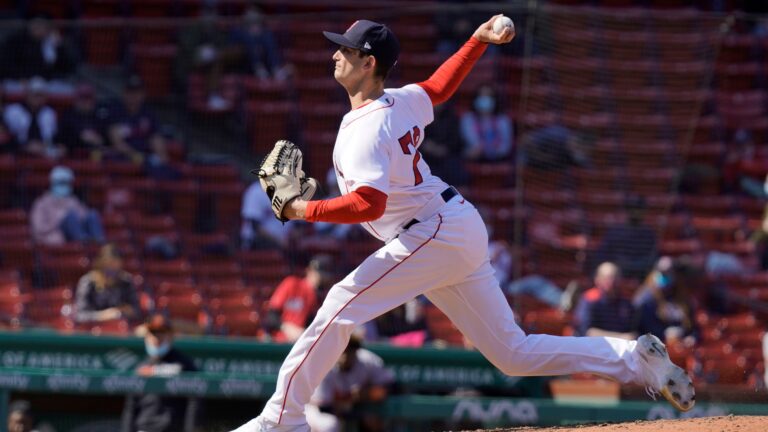 After nine games, we can assert that the Red Sox are not going to be a bad team