On Wednesday, the Red Sox won a pair of games against the Minnesota Twins, and both were mildly historic in their own way.

The first victory was Alex Cora’s 200th career win — a milestone he wasn’t certain he would reach as he served a suspension from baseball for his part in the Houston Astros’ sign-stealing scandal. The second was the Red Sox’s ninth in a row, which made them the first team in Major League history to lose its first three games, then win its next nine.

“It means a lot, but in a sense that this organization has given me a chance — has given me two chances to be a big-league manager,” Cora said Wednesday after both games. “To thank everybody who was part of this process, people in Boston, the family, the Red Sox, and obviously my family.

“This is not about me. Without the players, without the organization, I’m not a big-league manager. So, this is more about them than me.”

Alex Verdugo’s big day sparked the Red Sox. His sliding catch in the opener ended the game and prevented the tying run from scoring. He then singled to drive in the go-ahead runs in the second game and hammered a solo home run for insurance as the Red Sox ran up the score.

“He’s still young, he’s still learning, but we’re very pleased with the way he’s playing the game right now,” Cora said. “I do believe he still can get better. We still going to teach him how to play the game.”

The Red Sox improved to 9-3 — the best record in the American League. They are the only team in the AL East with a winning record. 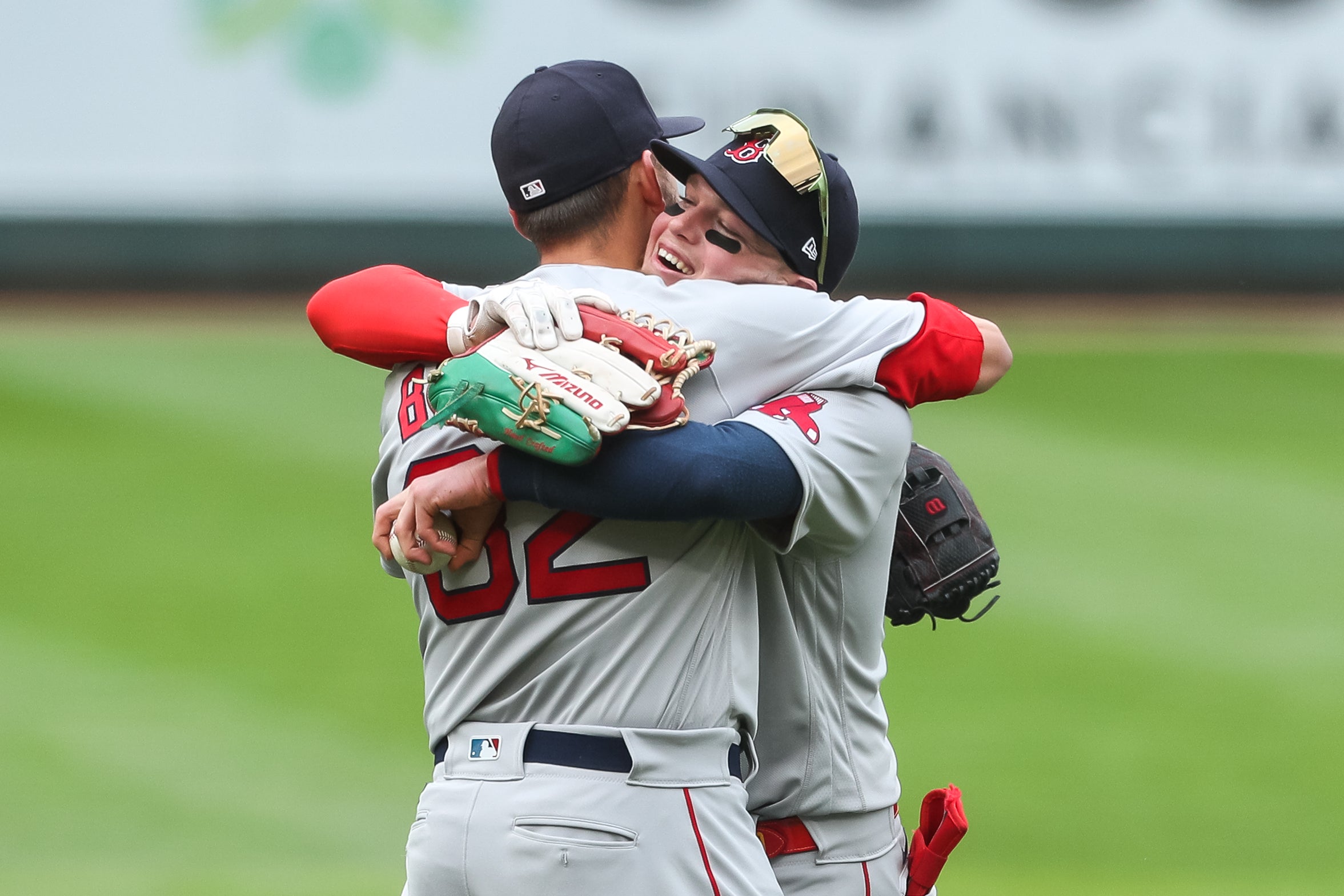