The Red Sox, as they’ll remind you, have had a few calls go against them early in the season, including one that got Alex Cora ejected from a game against the Minnesota Twins early in the week.

It looked like Boston caught another bad break in the bottom of the first inning that would rob them of a run when umpires initially ruled Kiké Hernández’s leadoff line drive caromed off the top of the Green Monster and back into play for a long, loud single.

Fortunately for the Sox, the play was reviewable, and the play didn’t take long to overturn.

The umpiring crew awarded Hernández a home run after a 55-second video review showed his fly ball hit the ledge above the red line atop the left-field wall before bouncing back into play. The solo shot was the seventh leadoff home run of his career, and it tied the game 1-1.

That was only the beginning for the Red Sox, who batted around in the first inning and had their first six runners reach base before an out was recorded. By the time the frame was over, Boston led 6-1 and was on the verge of chasing White Sox starter Lucas Giolito from the game.

A 6-run 1st inning. The @RedSox went off. pic.twitter.com/PlfwzBqXNK 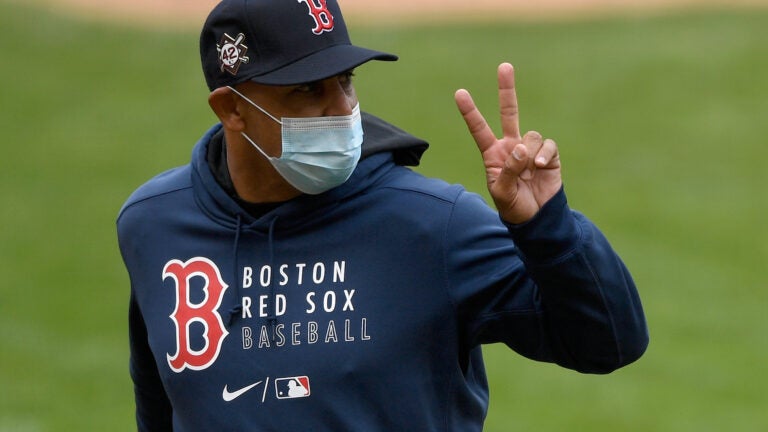