The Red Sox’ Patriots’ Day drubbing of the Chicago White Sox wasn’t terribly suspenseful, but it did show fans something they don’t see every day.

To preserve their bullpen arms at the end of a long series, the White Sox employed not one but two position players as pitchers to close out the game. Designated hitter Yermin Mercedes pitched the seventh inning for Chicago and infielder Danny Mendick threw in the eighth, at times offering pitches so slow they barely registered on the radar gun.

But Red Sox manager Alex Cora told the “Ordway, Merloni, and Fauria” show on WEEI he wasn’t upset the shorthanded White Sox used the last-resort move so early in the game: “You have to manage the games and your team the way you think is going to be appropriate to survive the week. And they did that.”

It also led the Red Sox skipper and former infielder to share his own humorous story of how Terry Francona almost sent Cora into a game to pitch when he played for Boston in 2008.

The Red Sox manager went on to say that he was a “decent” pitcher in high school, pitching through his junior year, and threw a fastball that topped out around 85 miles per hour.

So, why didn’t it happen?

Cora explained that he warmed up expecting to come in during the eighth inning after reliever Hideki Okajima finished the seventh, but fate intervened in the form of David Ortiz.

“David has a man at first, two outs, and he hits a home run,” Cora said. “As soon as David hits the home run, the phone rings, and [Francona]’s like, ‘No, no, no, we have a chance now, so you’re not pitching.'”

But even though he didn’t get his moment to shine on the mound, he still got a good workout in.

“I was sore the next day,” Cora recalls. “All the effort, all the downhill angle and all that, all the effort you put on, it’s amazing.” 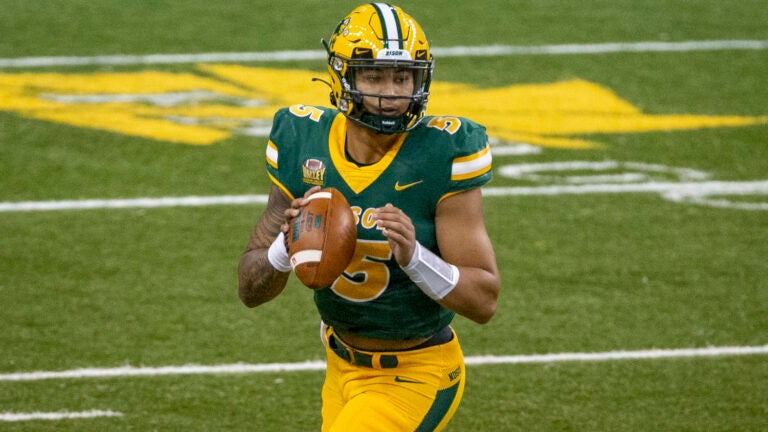 Morning sports update: Louis Riddick predicts Trey Lance could be the quarterback the Patriots trade up to draft