Red Sox pitcher Nick Pivetta had lofty expectations for himself when he took the mound on Wednesday opposite New York Mets ace Jacob deGrom.

Pivetta’s expectations had to be high. DeGrom has been one of the best pitchers in baseball in the early going, but Pivetta wasn’t intimidated.

“I think I’m just as good as deGrom,” Pivetta told reporters Wednesday after the game. “The way I go into it is I have to mentally put myself that I’m as good as deGrom and I’m going to beat deGrom. That’s just what you have to do. He’s an incredible pitcher, don’t get me wrong. I love watching him pitch. I think he’s incredible. But I can’t let him being up there let me get down here. I have to go up and meet him right there and believe in myself.”

Pivetta pitched five sterling innings, allowing just one hit and no runs while striking out seven. The Red Sox scraped one run across the plate in the second inning, which proved to be enough — Garrett Whitlock, Adam Ottavino, and Matt Barnes slammed the door the rest of the way to clinch a two-game sweep for the Red Sox.

“Nick has been throwing the ball well,” Alex Cora said. “He gave us five quality innings and then the bullpen did the rest.

“That was fun. The two games were fun. Good pitching, good defense, it was fun.”

Cora said Pivetta’s fastball control has been a big part of his recent success.

Pivetta also made deGrom work at the plate in the third inning, forcing a 10-pitch at-bat that included six consecutive foul balls before he finally struck out.

“I think that’s a hit for us,” Christian Vazquez said. “It’s a great, great at-bat… A lot of foul balls. DeGrom the first at-bat told me, ‘I’ve got to do the same thing to him.’ So it was fun to see that.”

Pivetta credited Vazquez and Cora — among others — for boosting his confidence.

“He’s an incredible pitcher of course, but I have to put myself on that level at the same time with my same confidence. I can’t put anybody higher than I am.”

Visit 'Overreach is an understatement': Readers opposed to vaccine mandates 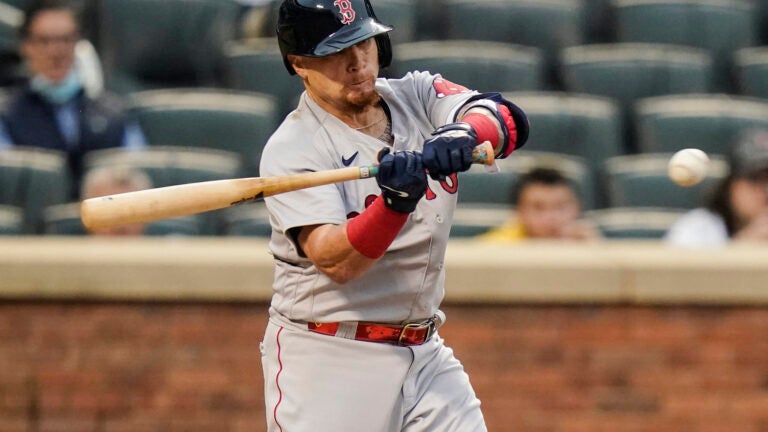