The MLB announced on Monday that Red Sox reliever Matt Barnes was named American League Reliever of the Month in April.

Over that stretch, Barnes put together a 2.57 ERA. His 25 strikeouts led the league among relievers, allowing five hits and three walks in 14 innings pitched. Per the MLB, he was just the seventh pitcher in MLB history to strike out 25 batters while permitting no more than five hits and three walks. He went 6-for-6 in save opportunities and did not allow an extra-base hit. In the ninth inning this season, Barnes has struck out 19 batters and allowed just one walk.

His advanced numbers in April were excellent as well. According to Fangraphs, Barnes struck out batters at a 16.09 per nine innings pace in April while walking just 1.93 batters over that same total. Barnes’ WHIP (walks and hits per innings pitched) was eighth among all relievers at 0.57. Barnes’ FIP (a formula that measures factors that Barnes can control, such as home runs, walks, and hit batters) was eighth as well at 1.11.

Meanwhile, per MLB Savant, Barnes is in the 98th percentile in xERA (a somewhat similar stat to FIP) and 99th percentile in strikeout percentage. He has allowed just one hit with a curveball all year.

Some of Barnes’ success may be due to a change in his pitching approach. Barnes told reporters recently he has been working faster in part to appease his fielders because “nobody wants a slow pitcher.”

“That allows me to work more efficiently,” Barnes said. “When pitchers are working quick it kind of puts the hitters a little bit on the defensive. They don’t have time to think as well. They can’t replay the entire at-bat.”

Alex Cora told reporters last month that Barnes has “matured a lot” and that the team is very happy with him.

“Throwing a lot of strikes, velocity,” Cora said. “I do believe this is his best fastball at least of the last three years. The carry. It’s not only up in the zone it’s actually through the zone, and down. The breaking ball is good.”

Per the MLB, Emmanuel Clase and James Karinchak, Josh Staumont, Kendall Graveman, Aroldis Chapman, and César Valdez all received votes in the American League as well. 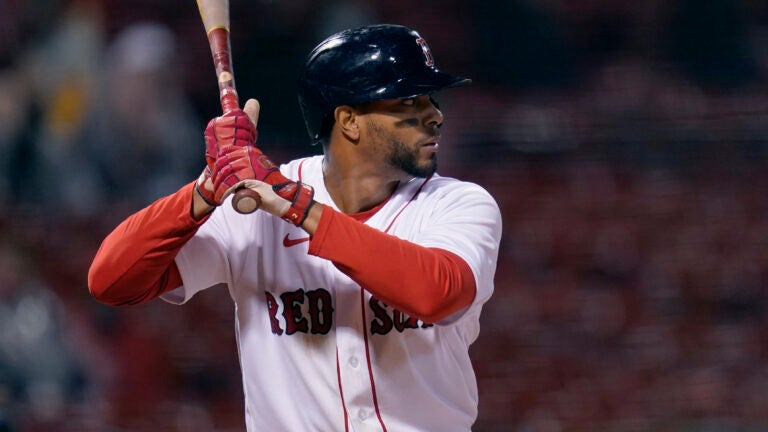 Why Xander Bogaerts is the best offensive shortstop in baseball