The Red Sox defeated the Tigers 11-7 on Tuesday. Boston scored seven runs over the first two innings and held on to maintain a 2.5 game lead in the American League East.

Also on Tuesday, the Bruins lost to the Devils in overtime, 4-3.

And the Celtics face the Magic tonight at 7 p.m.

The 32-year-old left-hander had Tommy John surgery in 2020, and has been working his way back since.

Sale notched an important step in his recovery on Tuesday when he threw a few pitches off a mound.

“He did get up off a mound today,” said Red Sox chief baseball officer Chaim Bloom afterward. “Really more just to get the feel of it. It was not an extensive throwing session, but at the end of his session this morning, he got up off the mound and threw a few pitches off the mound. That is a great milestone for him. It’s the first time he’s done that since the surgery. It was very light today but great for Chris and awesome for the organization.”

Initial projections of when Sale might return noted June or July of 2021 as a possibility, but Bloom still isn’t offering specifics.

“Hopefully, I think we’re getting closer to the point where we can start mapping out a timetable,” Bloom explained. “I don’t have one. He is progressing. As you know, he started throwing with a lot more intensity. Today, he got up off a mound. Again, it was pretty light work, but the next step is to get into regular mound work and mound work with some intensity. Then we can start thinking about facing hitters and mapping out a game schedule.”

Trivia: Chris Sale was the 13th overall pick in the 2010 MLB draft. Who went first overall that year?

Chris Hogan preparing for the PLL season: Gillette Stadium will host the first slate of games in June.

Manchester City advanced to the UEFA Champions League Final: City will play in the prestigious final for the first time in club history after defeating PSG 4-1 on aggregate. The final goal came from a sweeping counterattack, with Riyad Mahrez applying the finish.

IT HAD TO BE RIYAD MAHREZ 🤯 pic.twitter.com/0Ey2UTBbM1

On this day: In 1904, Cy Young threw a perfect game in a 3-0 Boston Americans win over fellow future Hall of Fame pitcher Rube Waddell and the Philadelphia Athletics. 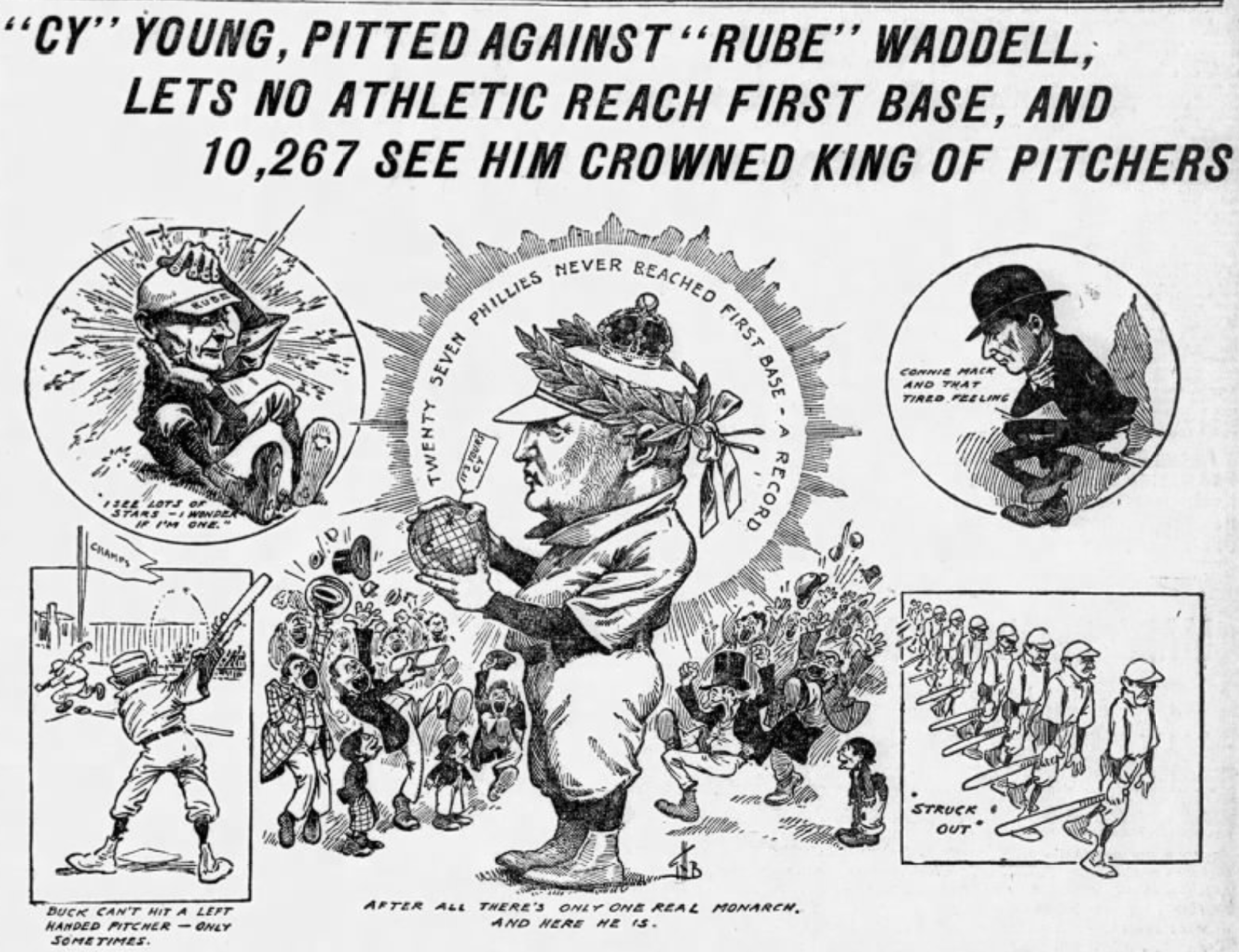 Mom of the game pic.twitter.com/pMRI09xI5h