In a year experts didn’t expect much of them, the Boston Red Sox own one of the best records in baseball and lead the AL East after a month and change in the 2021 season.

By the numbers, their offense ranks among the league’s best in multiple categories including batting average and runs scored, and their pitching staff has far exceeded expectations despite the absence of the team’s best pitcher, Chris Sale.

But Boston’s play isn’t just notable because it’s come as a surprise to some — even some of the team’s fans.

It’s because they’re doing it in a year the league is reckoning with a cumbersome style of play defined by walks, strikeouts and swinging for the fences — and they’re arguably winning because they’re going against the grain.

Right now, baseball is on pace to see its lowest single-season MLB batting average and highest strikeout percentages ever, with pitchers feasting on obsessions with home runs and launch angle. For the second year in a row, you’re likely to see at least one batter strike out in every half-inning of baseball you watch, with league-wide strikeouts per nine innings hitting a high-water mark they’ve been building toward for 14 years.

What’s so unique about the Red Sox are doing, you ask? It starts with, quite simply, putting the bat on the ball.

That’s probably why only three teams — the Houston Astros, San Diego Padres, and Los Angeles Dodgers — have put more balls in play than the Red Sox this season.

What’s more: they’re making contact that actually means something. Boston has the league’s second-best average on batted balls in play (trailing only the Chicago White Sox) and is also second in expected batting average (.271) behind the Astros.

While the Sox haven’t always hit the daylights out of the ball in terms of exit velocity, they hit more line drives than almost any other team in the league and spray the ball to all fields. The team ranked 11th in the percentage of balls they hit up the middle and to the opposite field coming into Wednesday’s action.

Also, it’s not just a couple of guys having great seasons while everyone else struggles — though you have to note that J.D. Martinez and Xander Bogaerts do happen to be among the best hitters in the league right now.

Aside from Martinez and Bogaerts, the Sox have three other players (Alex Verdugo, Christian Arroyo, and Rafael Devers) hitting better than .280 and posting a weighted runs-created-plus higher than the league average of 100.

All told, you’ll be hard-pressed to find many better offensive units than the Boston Red Sox so far this season. You might not have expected to hear that in 2021 given what was expected of them after last year’s disappointing campaign.

Then again, turning conventional wisdom on its head might be the reason they’re so good in the first place. 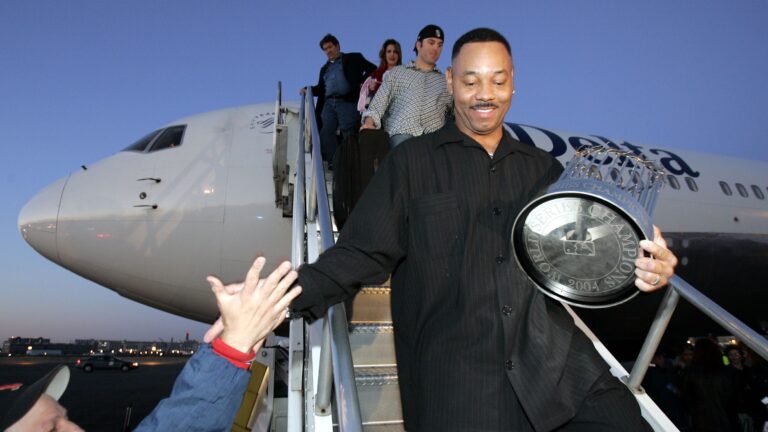