When Xander Bogaerts takes the field against the Detroit Tigers this afternoon at Fenway Park, he’ll do so for the 1,000th time in a Red Sox uniform.

The 28-year-old shortstop becomes just the 30th player in franchise history to play 1,000 games for the team and just the 10th to reach the milestone before his 30th birthday.

Count Red Sox manager Alex Cora as one of those impressed with Bogaerts’s accomplishment.

“I do believe he’s the most consistent person in this organization,” Cora said of Bogaerts Thursday morning, praising the way the shortstop carries himself on and off the field. “Everything is about winning for him.”

Cora also reflected on how far Bogaerts has come since joining the Red Sox’s major league club during its 2013 championship season, even starting every game of the World Series at just 20 years old.

“He learned right away what it’s all about to play in this market, this city, this stadium, for this franchise,” Cora said. “He doesn’t take a day for granted … he’s always ready. He’s always prepared.”

The Red Sox manager also shared a humorous anecdote about how much his children — one of whom also goes by the name Xander — love Bogaerts.

“Yesterday, the boys didn’t want to have breakfast,” Cora recalls. “They love Xander Bogaerts. They know the [phone] number…so I called Xander and said, ‘Hey, tell them what they have to do.’ He said, ‘Hey, you guys have to eat.’ They crushed breakfast. It was amazing.”

Bogaerts’s play has been pretty amazing of late, too. In fact, he might just be the best offensive shortstop in baseball.

Xander Bogaerts is playing his 1000th career game at 28 years old. Alex Cora called him “the most consistent person in this organization”

A rare player to live up to their top prospect hype

And Cora said he’s appreciating it every step of the way.

“We’ve got a lot of kids out there that we love — Carlos [Correa] and Francisco [Lindor], Javy [Baez]. But I’m happy that my shortstop is Xander Bogaerts, and hopefully he can play here for a long, long time.” 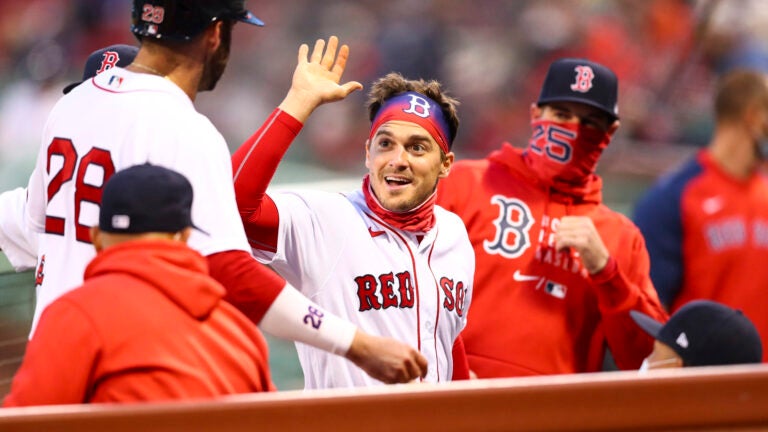