Bolstered by an effective pitching staff, a high-octane offense, a reliable bullpen, and a solid formula for winning, the Red Sox’s league-leading 22-13 record has been a surprise to most around the MLB.

The Red Sox themselves, however, are not surprised at all.

“It’s you guys that don’t believe in us,” Rafael Devers told reporters with a smile after Sunday’s 4-3 victory over the Baltimore Orioles. “But we believe in this clubhouse, we believe in each other. We knew we were a good team.”

Devers had a big game against the Orioles — his 423-foot solo homer off the end of his bat in the second inning tied the game at 1-1, and his two-run double in the sixth gave the Red Sox a 3-2 lead. He has been excellent in clutch situations, as noted by MassLive’s Chris Smith.

Rafael Devers is 3-for-4 with a double and seven RBIs with the bases loaded. He’s 15-for-37 (.405) with three homers, three doubles and 23 RBIs with men in scoring position this season.

Red Sox manager Alex Cora noted after the game how much fun Devers seems to be having.

“He’s like, ‘Why be upset or mad? I’m playing baseball. I’m making a lot of money, and I hit homers,'” Cora said, chuckling. “We can’t go against that. He’s very relaxed, he loves it. He loves playing the game.”

Raffy ties it up! pic.twitter.com/MSI5imMJQm

But Devers wasn’t alone. Nick Pivetta pitched another solid game, allowing just three hits and two runs. Hunter Renfroe homered in the eighth inning to give the Red Sox a little breathing room, and after the Orioles closed the gap to one in the bottom of the frame, Matt Barnes put the finishing touches on the Red Sox’s 22nd victory.

“It’s just one guy after another,” Pivetta said. “There’s no getting around our lineup right now. Guys are putting great ABs in, battling all the time, and it’s just fun to watch. We’re just never out of it. It’s great.”

“We have a great rhythm going on,” he said. “We’re never out of baseball games and you guys have heard me say 100 times, but I think it just comes down to competing. We’re really good competitors, we’re making pitches when we need to, and like you saw with [Devers] today, we’re putting up hits when we really, really need to. We win baseball games off that.”

Interestingly, the Red Sox are now 12-4 on the road and 10-9 at Fenway. Cora was asked how to remedy that.

“Besides better music?” Cora quipped. “I don’t know. We’re talking about that, probably make some adjustments at home. Do work inside, I don’t know, we have to find a way.

“We’ll be okay at home. We’ll pick it up. But on the road, we’ve been here twice and Minnesota is a tough place, it’s just one of those things in baseball that you can’t quantify or understand, but definitely, the music is a lot better on the road.”

Pivetta believes the biggest reason for the Red Sox’s success is how much fun they are having.

“The atmosphere is loose,” Pivetta said. “The guys are having the time of their lives. We’ve got a good thing going here. It’s just fun. I think that’s what it all comes down to, and then the rest takes care of itself.” 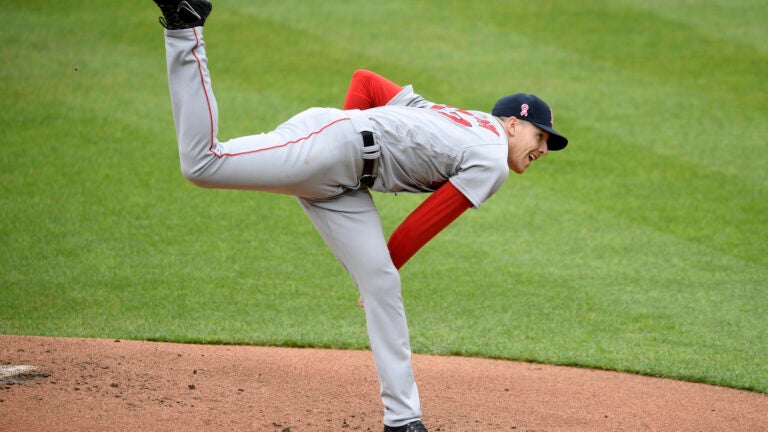