The story goes that when Ellis Burks was called up to the majors by the Red Sox in 1987, future Hall-of-Famer Jim Rice, who was at the tail end of his amazing Boston career, told a clubhouse manager to put Burks’s locker next to his.

The reason: they were the only two Black players on the Red Sox, and Rice wanted to take him under his wing.

“Here’s a guy I want to be like,” Burks said Monday of Rice during a Red Sox pre-game segment on NESN. “When I came up to the clubhouse, we had a long conversation about all kinds of stuff. He told me the ins-and-outs: what to say, what to do, how to do it…it carried me throughout my major league career.”

The legendary Boston outfielder retired in 1989, leaving Burks alone once again as the only Black player on the team — “he wasn’t ready to go, I wasn’t ready for him to go.” But soon enough, he got a chance to pay his mentor’s lessons forward to a young Mo Vaughn in 1991.

“It was so critical to have Ellis there to help me take on some of the issues,” Vaughn said of Burks.

Decades later, the three generations of Black Red Sox stars came together once more to talk about a problem that has only gotten worse since they’ve left the league: the lack of African American players in Major League Baseball.

“To have another African American player there with me that can relate to certain things, that was critical.”

Jim Rice, Ellis Burks and Mo Vaughn discuss what it was like to be a Black player in Boston. @TomCaron | @Ask14 pic.twitter.com/MxkryaczGM

Rice, Burks, and Vaughn spoke at length about their experiences as Black players in baseball and about the diversity and inclusion challenges the sport faces during the Monday show before Boston’s game against the Baltimore Orioles.

At present, only 7.6 percent of all players identify as Black according to league statistics. That number has not exceeded 10 percent since 2004.

The Red Sox began the year as one of the three teams in baseball without an African American player on their roster, though there are multiple players of Hispanic/Latino descent on the team alongside Puerto Rican manager Alex Cora.

That’s a far cry from the peak of African-American players in the majors back in 1981 when Rice was still playing, despite MLB’s stated interest in promoting diversity and inclusion both on the field and in front offices.

The conversation also focused on their time with the Red Sox, which was the last major league team to integrate in 1959 with the arrival of Elijah “Pumpsie” Green — 15 years before Rice played his first game in Boston.

As is the experience for several Black players in baseball today, Rice was the only Black player on the Red Sox at the time and reportedly didn’t believe management cared to add more through free agency. Furthermore, the city has long had a reputation for not being welcoming to people of color — something the Hall-of-Famer said he had plenty of experience with.

.@byjulianmack talked to Red Sox minor leaguers Josh Ockimey and Josh Tobias about the challenges of Black players navigating the minors -and why they are now planning on a different approach https://t.co/CiLVZYwsQx via @BostonGlobe

“[People] were talking about ‘How do you survive in Boston with the segregation and everything?’ And I’m like, ‘I’m [from] South Carolina,'” Rice said, delving into his upbringing in the then-segregated South.

“They took me out of my high school [through redistricting], had my sister go to the Black school and I had to go to the white school. And my dad said, ‘Make the best of it.’ So when I got to Boston, it was the same thing: ‘Make the best of it,'” he added, noting the importance of Celtics great Bill Russell in setting a blueprint for how to thrive in the city.

Rice later passed on those lessons to Burks, who in turn passed them to Vaughn, and so on. But their descendants, including former Red Sox star Mookie Betts, still see Major League Baseball as a “lonely” place for Black players, especially after the deaths of George Floyd and Breonna Taylor and the shooting of Jacob Blake.

“I couldn’t look to my right or my left—just a look! Because you can look at another Black person in that situation, and just look each other in the eyes, and you know immediately how it feels,” said Betts in an interview with GQ earlier this year. “That part was lonely, that nobody else really understood how it felt.”

Now, as then, the issue is not whether Black players are good enough to play in the majors; there is decades of evidence that they are.

Rather, how can baseball convince young Black athletes to head to the diamond instead of pursuing the NFL and NBA — both of which usually require much less time in minor leagues and have significantly higher levels of Black players?

Burks admitted he doesn’t have all the answers, but he did pass along one point he spoke about with the late Hall-of-Famer Joe Morgan — another Black ballplayer.

“Why don’t we implement academies in the United States in warm states like Florida, California, Arizona? Get some of these kids to come to these different academies and develop their skills and everything else just like you do in the Dominican [Republic], just like you do elsewhere. I think that’s needed right now,” he said. 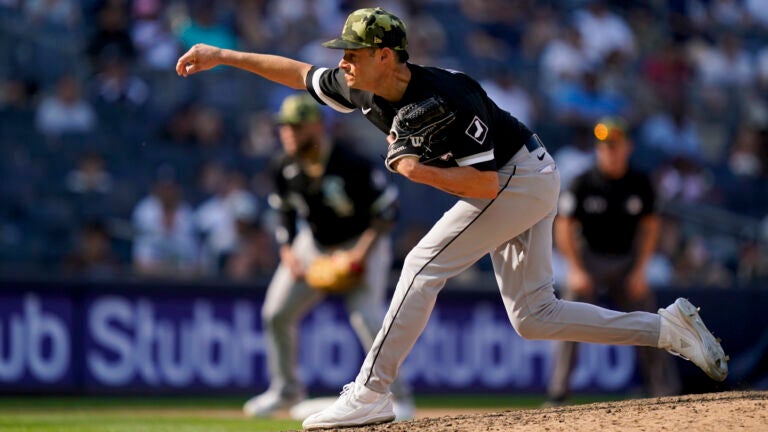 'Obviously what he did was wrong': Joe Kelly shared his thoughts on Josh Donaldson