A baseball bat flying into the stands can be a scary, startling moment in any Major League game.

Unlike an errant foul ball, there’s no crack of the bat to warn fans that something just happened. The player — who didn’t mean to let go –watches horrified as a hard chunk of wood hurtles toward unsuspecting fans. The fans themselves usually aren’t paying attention.

On Sunday, however, a scary situation turned funny when Angels infielder José Rojas accidentally sent a projectile flying down the first base line. Rojas held both his hands up near his face, but in a park filled to just 25 percent capacity, the gaps in the stands are much greater. Rojas’s bat bounced off the seats, and a Red Sox fan grabbed it off the hop before it could do any damage.

The kicker? The fan didn’t even have to end his phone call. Take a look.

The fan had to give up the bat (most parks understandably don’t want random fans walking around with a full-size baseball bat for the rest of the game) but as the broadcast noted, the fan presumably got a cool piece of memorabilia in exchange.

Still, the lesson here — as always — is to pay attention at baseball games. 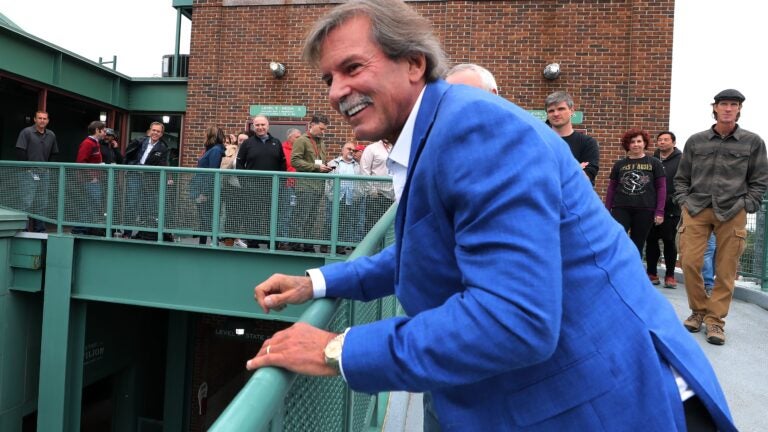 ‘You never realize how blessed you are': Inside Dennis Eckersley's final day in the NESN booth