After laboring in the fourth inning of the Red Sox’s 10-8 win over the Braves, Richards said baseball needed to prepare for four-hour games and “some interesting things” if it planned to go through with its rule changes in the middle of the season. He didn’t directly say he used sticky substances, but he implied he used sunscreen.

“I’m just grateful that I got this far into my career before we’re at this point,” Richards said at the time.

On Wednesday, Richards walked four batters and gave up a pair of home runs as the Rays rolled over the Red Sox 8-2 to tie them back up at the top of the American League East standings.

After the game, Richards said he’s going through a “little transition period.” He was asked if he has been discouraged by the recent crackdown, and he paused for several seconds before answering.

“I mean, I’m an athlete,” Richards said finally. “I’d like to think I’m going to be able to get over this and figure out a way to get it done. Like I was saying, this kind of got brought on us real quick, so I’ve only really had a week to work on it. Some guys are figuring it out sooner than others, but for me, it’s taking a little bit more time.”

Richards said he is learning how to throw a baseball on the fly, since the league introduced the rules in the middle of the season. That timing gives pitchers very little opportunity to rework their mechanics.

“We’re not hitters,” Richards said. “I can’t go in the cage and hit a thousand baseballs a day. I can only throw so much, so I’m just trying to get quality work in every day, trying to take a step forward every day.”

“It’s frustrating,” he added. “This isn’t cool to be a part of. But I’m trying to deal this stuff with myself and not make it a problem for everyone else.”

Richards was asked whether these changes require a full reboot or if he thinks he can salvage part of his motion.

“It has changed pretty much everything for me,” Richards said. “It’s changed a lot for me. …

“I feel like I need to be a different pitcher than I have been the last nine-and-a-half years.” 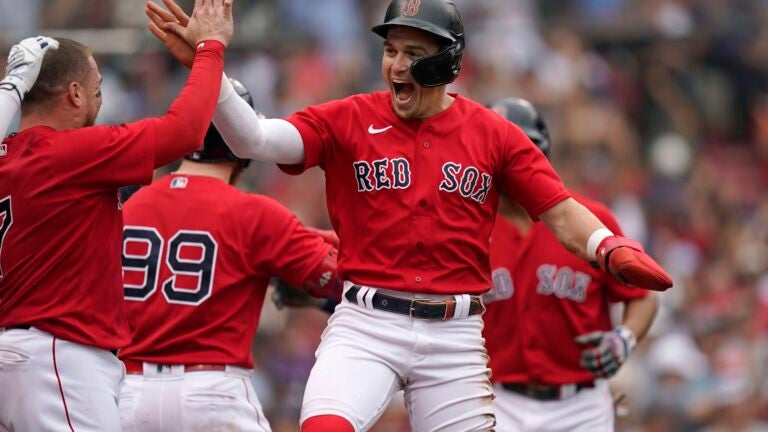