The first round of the 2021 MLB draft kicks off on Sunday in Denver. The Red Sox have the No. 4 overall pick, their highest selection since they picked pitcher Mike Garman with the third pick in the 1967 draft.

Here’s what you need to know ahead of next week’s draft.

What time does the 2021 MLB Draft start?

Where is the MLB Draft?

The draft will take place in Denver, Colorado, at The Bellco Theater. The draft was originally scheduled to be in Atlanta along with the All-Star game; the MLB moved both events to Denver in response to a restrictive voting rights law passed in Georgia.

How can I watch the draft?

The first round will be broadcast live on MLB Network and ESPN. Days two and three will be streamed on MLB.com.

For the first time, the draft will be 20 rounds instead of the typical 40. Last year the draft was only five rounds due to the pandemic shortened year. The MLB draft typically takes place during early June, but this year it will be in July to coincide with the All-Star game.

Where do the Red Sox pick?

In addition to the fourth pick, the Red Sox will pick fourth in the remaining rounds of the draft. They have five picks within the top 150 (4, 40, 75, 105, 136). They will have a total of 20 picks, but each club has the option to pass instead of making a selection in a round.

What is the first round MLB Draft order?

The Astros will not pick in the first round as part of their penalty for illegally stealing signs.

Marcelo Mayer, SS Eastlake High School (CA): Mayer could hear his name called first on draft night. The 6-foot-3, 188-pound shortstop is committed to The University of Southern California and has been compared to MLB stars Corey Seagar and Manny Machado, to name a few.

Jack Leiter, P, Vanderbilt: The Globe’s Peter Abraham reported that Leiter wants to play for the Sox. The 6-foot-1 righty is MLB.com’s second-ranked prospect. He was 13-4 with a 2.08 ERA over two years at Vanderbilt.

Jordan Lawlar, SS, Jesuit Prep (TX): Lawlar hit .412 during his senior season and was a perfect 32-32 on stolen bases. He’s committed to Vanderbilt and will turn 19 a week after the draft.

Kahlil Watson, SS, Wake Forest High School (NC): Watson’s 5-foot-9, 179-pound frame becomes an afterthought with his power at the plate. He is also a threat to steal bases; he hit .513 with six home runs and 15 stolen bases in 15 games as a senior.

Henry Davis, C, Louisville: Davis’s best asset is his arm strength. He threw out 46 percent of would-be base stealers in 2021. 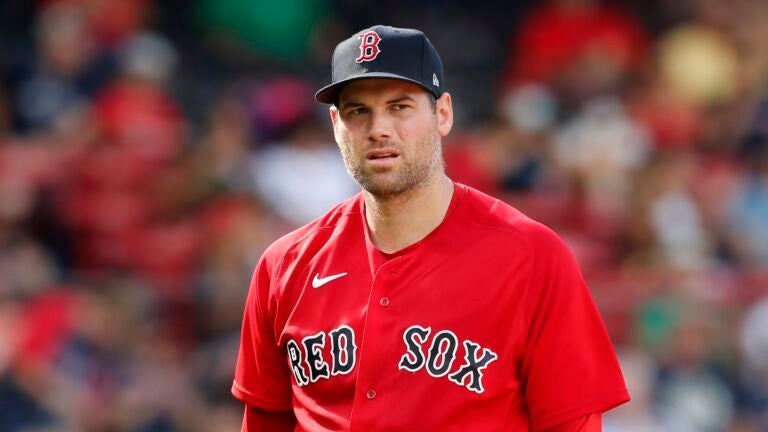