The Red Sox weren’t expected to pursue a shortstop with the No. 4 pick in the MLB Draft on Sunday, but when Marcelo Mayer — the Eastlake High School shortstop considered by many scouts to be the best in his class — slipped to them, they took the opportunity to draft a teenager with an easy swing and lofty comparisons.

Here are five things to know about the Red Sox’s latest acquisition.

Mayer was not supposed to be available at No. 4.

The Pirates were reportedly “50-60 percent” likely to take Mayer with the top pick. The Tigers reportedly “wanted Mayer all spring.” Per the San Diego Tribune Union, only Pittsburgh, Texas, and Detroit scouted Mayer as his prep season wore on.

Instead, the Red Sox acquired a player who has drawn repeated comparisons to Dodgers shortstop Corey Seager.

“This is what really good players look like at 18 [years old],” ESPN’s Kiley McDaniels said on the broadcast. “[He] has all the parameters you want to see in an All-Star.”

Mayer grew up a Yankees fan

Tough news for Red Sox fans: Mayer was probably ecstatic when the Yankees won the World Series in 2009 and would have been ecstatic in 2000 … if he was born (Mayer won’t turn 19 for several months).

Better news: All Mayer needed to switch allegiances was to be drafted by his favorite team’s rival.

“It feels great,” Mayer said on the ESPN broadcast. “I’m the biggest Red Sox fan of all time right now.”

“The modern-era shortstops are more of bat-first guys,” Mayer told the San Diego Union-Tribune. “Tatis, Seager, and Lindor can swing it, but also field their positions with pride.

“I 100 percent want to stay at shortstop. As a hitter, I’ve always had power. As I’ve grown stronger, I really started to tap into that power and elevate my game.”

Eastlake High School was eliminated in the SoCal regionals, but Mayer ended his prep career in style at the plate by blasting a reported 450-foot grand slam with his final swing.

After the game, Mayer admitted the homer felt “pretty good.”

“I was going up there trying to hit a home run, and I got the pitch to do it,” Mayer told reporters.

Mayer is an elite defensive prospect as well.

Baseball America wrote that Mayer should be “at least” above average in the field, noting that he slows the game down and “glides around the infield with silky smooth actions and has the hands, footwork, and arm strength to stick at shortstop long term.”

MLB.com’s scouting profile, meanwhile, compared his defensive instincts and aptitude to Giants’ three-time Gold Glove winner Brandon Crawford, writing that Mayer “has easy actions, plus hands and footwork and an arm that plays plus.”

The Red Sox may need to be patient.

Courtesy of Red Sox amateur scouting director Paul Toboni, who spoke to reporters after the pick was made, here’s something to temper near-term expectations for Mayer.

On the ESPN broadcast, Kiley McDaniels preached patience but noted Mayer has “all the parameters you want to see in an All-Star.”

The Red Sox, of course, can afford to be patient as Xander Bogaerts is under contract through 2026, although Bogaerts does have an opt-out after 2022. If Bogaerts remains with the team and Mayer develops as scouts hope, the team might have good problems to solve in the middle of the decade. 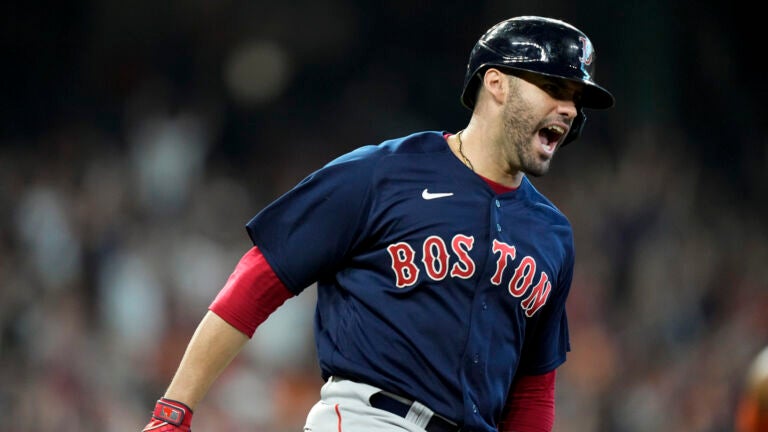