After picking up potential star shortstop Marcelo Mayer in the first round and potential steal Jud Fabian in the second, the Red Sox took North Carolina State centerfielder Tyler McDonough in the third round of the 2021 MLB Draft on Monday.

McDonough was ranked 112th in his class by MLB.com. Here are four things to know.

McDonough changed his approach this year

At 5-foot-10 and 180 pounds, McDonough isn’t a physically imposing presence. Per Baseball America, however, he hit over .300 in all three seasons at NC State and he hit a career-high 15 homers this past season — likely in an attempt to show he has some power potential as well. Scouts told BA that McDonough lengthened his swing and swung harder, which led to a career-high 17 strikeouts.

“McDonough doesn’t jump out at you with loud tools, but he’s become a player who scouts appreciate the more they watch him,” BA wrote. “He does everything on the field at a high level and is the sort of skilled gamer who area scouts are drawn to.”

MLB.com’s scouting report added that while McDonough struck out more often, he “still controls the strike zone well and could develop into a .270 hitter with 15 homers per season. He has slowed a bit as he has added muscle but still has solid speed and good savvy on the bases.”

McDonough’s final season ended early due to a COVID outbreak

McDonough was one of 14 players ruled out for NC State’s series against Vanderbilt on June 25, prior to their second game against Vanderbilt. The Wolfpack fielded just 13 players and lost 3-1 before the NCAA ruled their third game a “no-contest” at the recommendation of the Douglas County Health Department in Nebraska.

Eight players eventually tested positive per NC State, although they did not release the names of those players. McDonough retweeted several accounts that opposed the NCAA’s decision, including Barstool president Dave Portnoy, who opined that the decision ruined “the entire College World Series” and that the game was “stolen” from NC State.

“I’m just happy for [McDonough] and all the hard work he’s put in since he entered Moeller High School and the years before,” Moeller baseball coach Tim Held told local TV station WCPO.

McDonough’s position is still up in the air

McDonough was a catcher in high school, an infielder on travel teams, and a center fielder at NC State. The Red Sox announced him as a second baseman.

FanGraphs described McDonough as “a well-rounded, high-probability super utility type of prospect,” while MLB’s scouting report said McDonough would be best-suited shuttling between all three outfield spots as well as second and third base.

McDonough’s defensive versatility and consistent hitting could serve him well. The Boston Globe’s Alex Speier wrote that McDonough has “a strong likelihood of reaching the big leagues in at least some capacity.” 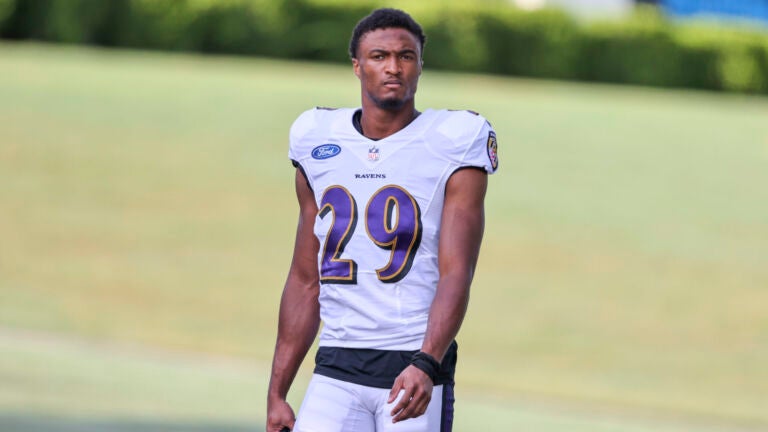