Red Sox All-Star Xander Bogaerts now knows how hard it is to hit with someone talking in your ear, courtesy of Fox broadcaster Joe Buck.

In the top of the first inning on Tuesday, Bogaerts faced NL All-Star starter Max Scherzer with a 2-2 count. As Bogaerts prepared for the pitch, Buck asked him repeatedly what was coming through an ear bud.

“Fastball,” Bogaerts said, sounding like his teeth were gritted.

Scherzer threw a slider, and Bogaerts struck out swinging.

Bogaerts smiled as he walked away from the plate.

Buck spoke to several other players mid-game, and the results were not always smooth.

Meanwhile, despite his early struggles, Bogaerts settled in nicely. He finished 2-for-3 with an RBI, and he backed up Nathan Eovaldi to turn a double play as the American League claimed a 5-2 victory.

Rafael Devers, meanwhile, went 1-for-2 with an RBI double. J.D. Martinez was 0-for-2, while both Red Sox pitchers — Eovaldi and Matt Barnes — pitched scoreless innings (Barnes admitted his outing was “dicey”).

“It was good to help the team,” Bogaerts told reporters after the game. “It was fun seeing Devers get his first one. I was so happy for him.

“He was a little nervous in the beginning, but he definitely settled down after that. So once we talked about that a little bit, I kind of settled down also and enjoyed it and put together some good swings.” 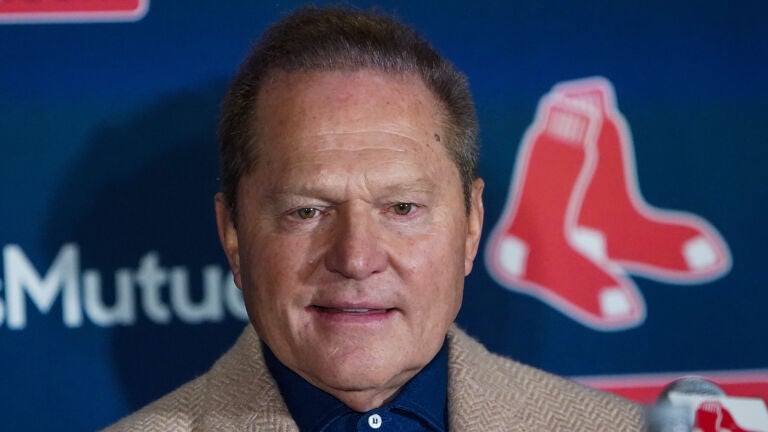