Scouts praised Meredith’s mental make-up, speed and range in the outfield, and he seems excited to be part of the organization.

He is also elite at bat flips, as evidenced by his reaction to a monster home run against South Carolina Upstate on May 5.

Per SoxProspects.com, Meredith is good at getting on base and has “strong leadership skills, leaves it all on the field night after night.” The scouting site added that Meredith is the “type of person every organization strives to have.” Scouts are impressed by his speed and his compact swing, and he was considered a highly regarded prospect out of high school.

Red Sox director of scouting Paul Toboni told reporters on Tuesday that the team will be “active to the extent that we can” in the NDFA market.

“We think it’s a really good opportunity to find undervalued players on a market where maybe the value — for whatever reason — might be suppressed a little bit,” Toboni said.

Meredith told Alex Dodd of the Clemson Insider he was nervous watching the draft unfold.

“The last five days have been super stressful not having an idea what was going on and just sitting around,” Meredith said. “But I’m just super happy to know where I am heading next.” 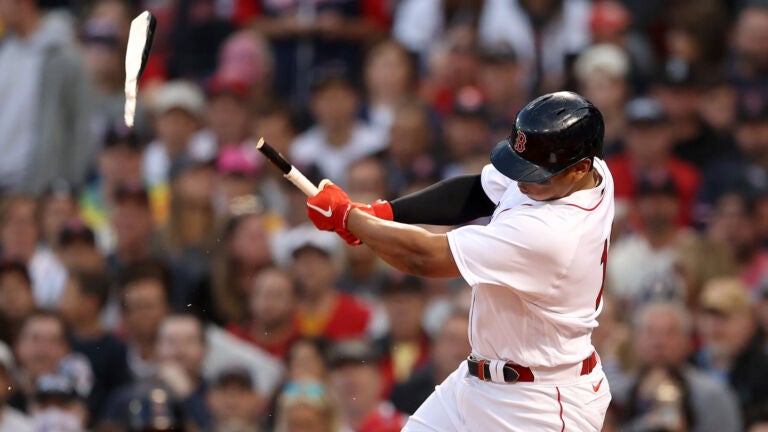 Watch: Red Sox fan snags Rafael Devers’ broken bat out of the air with one hand