The Red Sox offense remained hot on Wednesday, as five players homered in a 7-4 victory over the Blue Jays.

The Red Sox started strong, building a 2-0 lead in the third inning that expanded to 5-1 by the top of the six on homers by Rafael Devers, Kiké Hernández, and Michael Chavis. Starter Garrett Richards threw 5.2 good innings before the Blue Jays scored three abrupt runs on a two-out walk followed by back-to-back homers.

The Red Sox answered by shutting down the Blue Jays the rest of the way. In the eighth inning, J.D. Martinez and Hunter Renfroe gave Matt Barnes a pair of insurance runs with back-to-back homers.

“Can’t say enough about this team,” Richards said after the game. “They gave me a lead at the very beginning, I gave up a little bit, and they put the icing on it at the end. So we’re just enjoying playing together right now and winning ball games.”

Hernández has nine homers in his last 25 games — the first time in his career he has accomplished that feat. After the game, he had no answers regarding his recent power.

“I don’t have a secret,” Hernández said. “Like I said the past few weeks, I’m just trying to get good at bats, make good decisions at the pitches I want to swing at, and it’s going well for me right now, so just trying to do my job.

The Red Sox maintained a one-game lead over the Rays, who defeated the Orioles 5-4. The Yankees — who travel to Fenway on Thursday — are seven games back.

“You saw what happened there,” Alex Cora said. “Two pitches, two outs, a walk a homer and a homer, and they are back in the game.”

But Richards believes his work with Red Sox pitching coach Dave Bush has made an enormous difference as he continues to adjust to the MLB’s crackdown on substances.

Richards added a changeup to his arsenal — a pitch that goes toward right-handed batters and away from lefties. He noted that the rest of his pitches are reversed.

“I’m starting to evolve,” Richards said. “… I’m getting older and the game is changing a little bit. I’m happy with the direction I’m moving towards. It’s not a finished product, but definitely making strides in the right direction.”

2. Alex Cora told reporters after the game that he believes Danny Santana is headed to the IL after tweaking his groin. Cora added that Marwin Gonzalez isn’t close to a return from his hamstring injury yet either.

If Santana goes to the IL, the Red Sox will need a replacement. One option? Franchy Cordero, who is batting .329/.411/.955 even after going 0-for-4 on Wednesday for the Worcester Red Sox.

3. After their offense faltered for much of the month of July, the Red Sox hit 10 homers in their last two games — an impressive rebound following their disappointing series against the Yankees.

Cora poked fun at media and fans who panicked after the Yankees series.

“For everything everybody made out of the New York series, if you think about it, we only had one bad pitch inning, right?” Cora said. It was the seventh or eighth inning on Sunday. Besides that, we pitched well the whole road trip.

“We ended up 3-2 on this road trip, so it was a positive one for how bad it looked supposedly over the weekend. We’re in good shape going home, and hopefully, we can get going at home again.”

Now the Red Sox have a chance to make up for their brief struggles against the Yankees — a four-game series at Fenway that opens Thursday evening.

“We went through a little bit of a rough patch offensively,” he said. “The pitching was the one keeping us in the game, and we got the better end of some games, and the other ones we lost was because we didn’t hit. Hopefully, these two games means our offense is back to normal.” 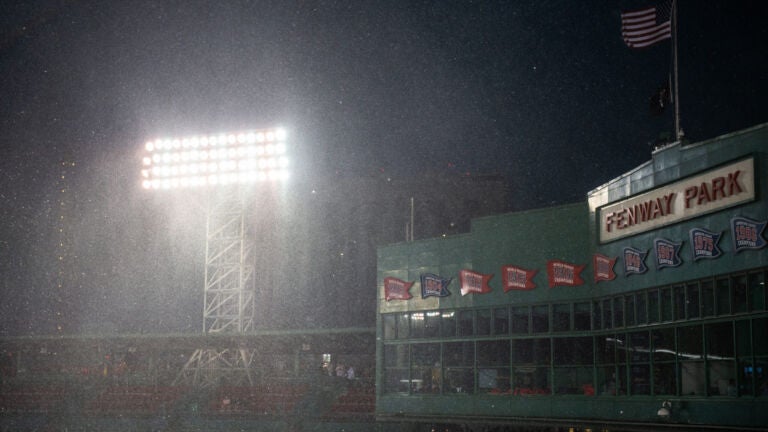