If the Red Sox look to make a big move before the MLB Trade Deadline on Friday, ESPN analyst Buster Olney has a prediction: They will acquire Cubs first baseman Anthony Rizzo.

During an ESPN broadcast Sunday, Olney noted that the Red Sox need a player exactly like Rizzo.

“They saw Tampa Bay go out and make that big deal for Nelson Cruz to get that one hitter who is absolutely perfect in the middle of their lineup,” Olney said. “And they are having a great season. They know they have Chris Sale coming back, he looks tremendous. But they could use some bullpen help, and they could use some help at first base. Anthony Rizzo checks every box.”

Olney added that Rizzo’s left-handed batting and fielding would help, as would his playoff experience.

On his podcast Monday, Olney repeated his prediction. Tim Kurkjian disagreed, saying the Cubs can’t trade all of their best players.

“I think Rizzo stays, even though the Red Sox have to add someone who can play first base and hit left-handed, and Rizzo’s the perfect choice,” Kurkjian said. “But I don’t think it’s gonna happen.”

Current first baseman Bobby Dalbec struggled mightily for stretches this season at the plate. Additionally, the Red Sox employ a patchwork of other options like Michael Chavis and Danny Santana. Franchy Cordero and Christian Arroyo both learned the position this year as well.

Dalbec’s plate discipline has been a somewhat unpleasant surprise for Alex Cora this season.

“There’s not too many walks lately,” Cora said last week. “I don’t think he’s walked in the month of July. He only had three in June, if am not mistaken. So that part surprised me, because I do believe this guy knows the strike zone and he can walk.” 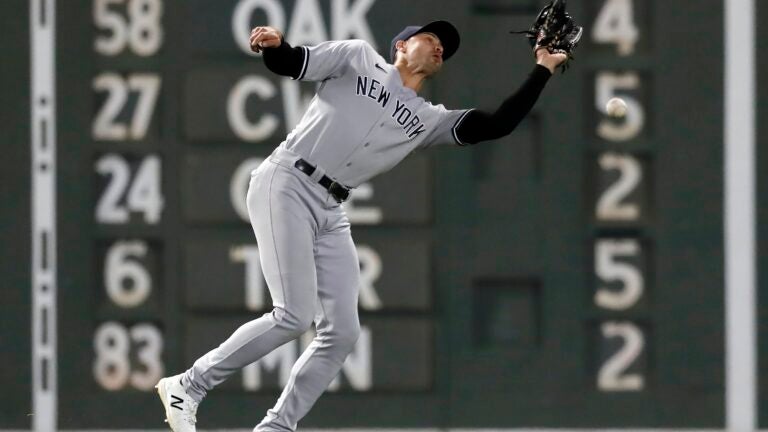