The Red Sox jumped in on what has been a busy July of trades in Major League Baseball with the Thursday addition of All-Star outfielder Kyle Schwarber from the Nationals.

Schwarber, 28, was acquired from Washington in exchange for right-handed pitcher Aldo Ramirez.

The power-hitting outfielder is currently on the injured list with a hamstring strain, but is expected to return in early August (though no official date has been set).

Before he gets his Red Sox career underway, here are a few things to know about him:

He played an important an unusual role for the 2016 World Series champion Cubs.

But in the first week of the 2016 season, Schwarber tore his ACL after an outfield collision with teammate Dexter Fowler. He was expected to miss the remainder of the season.

With unexpected speed, Schwarber managed to recover in time to be included on Chicago’s World Series roster that season in a matchup against Cleveland.

Having only played two games in the regular season, Schwarber then started Game 1 of the 2016 World Series as Chicago’s designated hitter. His fourth inning double off of Cleveland starter Corey Kluber was his first hit of the 2016 season, the first time in league history that a position player’s opening hit of the year came in the World Series.

Schwarber continued to contribute for Chicago throughout what became a thrilling Fall Classic. He ended with a .412 batting average and a .500 on-base percentage, helping the Cubs win the team’s first World Series in 108 years.

His power was on display in the 2018 Home Run Derby.

Going all the way back to his younger days, Schwarber has been known for power hitting. Following his fourth overall selection by the Cubs in the 2014 MLB Draft, ESPN baseball reporter Keith Law noted that Schwarber “might have the most raw power of any prospect in the class.”

Over the entirety of his MLB career, Schwarber has averaged 38 home runs and an .828 OPS every 162 games.

Possibly his most conspicuous display of power came in the 2018 Home Run Derby, in which he mashed his way to the final before falling to Bryce Harper, 19-18.

He was a recent winner of the National League Player of the Month Award.

Schwarber’s 2021 home run total currently sits at 25, which ranks only behind Rafael Devers among his new Red Sox teammates.

Much of Schwarber’s damage at the plate was done during the month of June, in which he smashed 16 home runs in all.

Because of this, he was named National League Player of the Month, a span that included a 10-game stretch (between June 19-29) in which he connected on 12 long balls. It tied Albert Belle’s run in 1995 for the most home runs over a 10-game streak in Major League history. 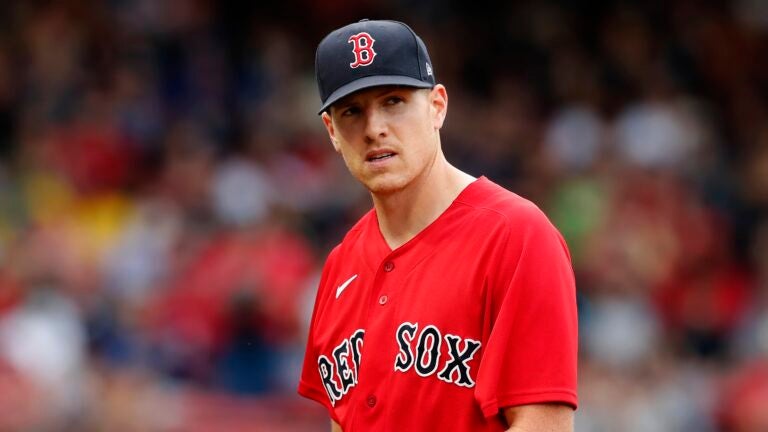