As the Red Sox try to pull themselves out of a four-game slide, they got some bad news: All-Star closer Matt Barnes is on the COVID-19 injured list after experiencing virus symptoms and is quarantined in his Detroit hotel.

Barnes does appear to be vaccinated, although Red Sox manager Alex Cora did not confirm Barnes’ vaccination status in his pre-game comments.

Cora told reporters another player had similar symptoms to Barnes and tested negative.

“We should be okay,” Cora said.

The Red Sox are yet to cross the 85-percent vaccination threshold that would lift certain restrictions, and Cora said the team has not made much progress on that front.

In July, Barnes tested positive for COVID-19 but was cleared to join the team after 48 hours when his test was determined to be a “non-infectious positive.”

Barnes’ last outing was Wednesday against the Blue Jays. A positive result would trigger further testing for the rest of the team.

“I’ve been saying this since the first press conference with [the media] and I’m not going to stop until the end of October. It’s something that’s out there and is part of it.”

Marwin Gonzalez will replace Barnes on the active roster on Tuesday. Gonzalez strained his right hamstring and hasn’t played with the Red Sox since July 13, but he played for the Worcester Red Sox over the weekend and went through a workout with new acquisition Kyle Schwarber in Detroit on Monday. 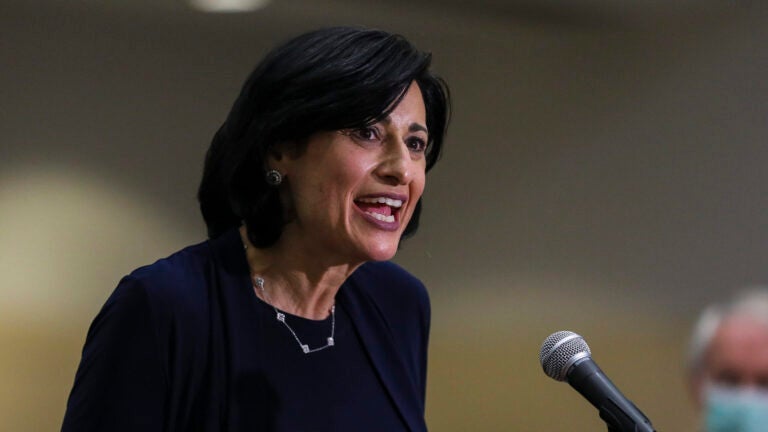 Rochelle Walensky disappointed but not surprised with COVID-19 vaccine disparities