As Chris Sale transitions back to the majors following Tommy John surgery, he continues to inspire people around the world.

Chris Snow, a former Boston Globe Red Sox beat writer who is currently battling ALS, is doing the same. Their paths crossed last week, when Snow threw out the first pitch at Fenway Park on his 40th birthday.

The Red Sox ace Sale, who at age 6 lost his grandmother to ALS, saw Snow on the field and admired his resilience. Sale, who moved to 2-0 after tossing five shutout innings Friday, invited Snow’s family back to Fenway a week later to get to know them on a personal level.

“I just wanted to meet to say thank you,” Sale told the Snow family, per Snow. “You are literally changing the world. I just pitch. Do you mind if we get a picture? I’m going to send it to my mom. She is going to freak.”

Snow’s wife, Kelsie, was grateful for the gesture and support.

“Isn’t it just wonderful when people you admire for their skill also turn out to be amazing humans?” she wrote.

Snow said that ALS is rare enough and devastating enough, and the movement to cure it patient-led enough, that it connects strangers in a very comforting way.

He was diagnosed in 2019 and was told he had a year to live. The first pitch came 27 months later. 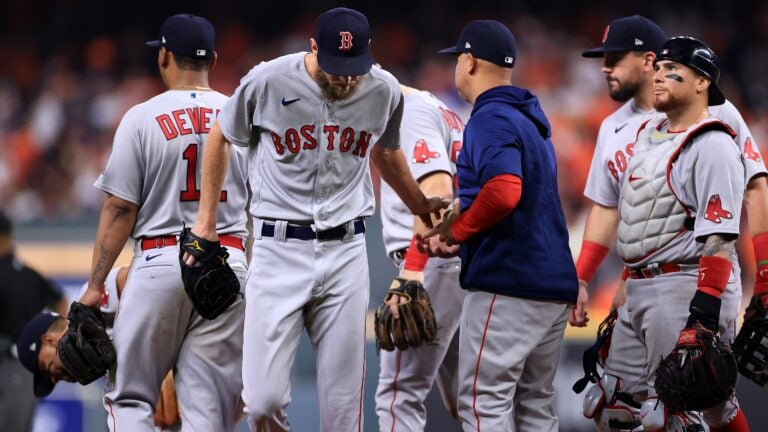