If you tried to argue Bobby Dalbec would be one of the best players on the Red Sox heading into a postseason push after what he did before July 31, you’d probably get laughed/shouted off the interwebs.

And yet, here we are.

According to Fangraphs, the Boston Red Sox player with the highest WAR since the July 31 trade deadline is…Bobby Dalbec (1.3).

Yes, the same Bobby Dalbec who was quite literally the worst Red Sox player and a bottom-10 player in all of Major League Baseball (by WAR) among any and all players with a plate appearance before July 31.

That man has suddenly come alive over the past month and change, leading Boston hitters with more than 100 plate appearances since the trade deadline in OPS (1.110), offensive WAR (12.1) and weighted runs created-plus (189). His .313 batting average in that span is second only to Alex Verdugo, and 18 of his 31 hits have gone for extra bases, including 10 home runs.

He’s been so good the Red Sox haven’t been able to take him out of the lineup even with Kyle Schwarber now in the fold.

Dalbec has largely maintained his duties at first base, with Schwarber having played there just four times since his arrival, and has even proven capable of spelling Rafael Devers at third. Though his defense still isn’t much to write home about, his bat has been good enough to make you forget it.

The second-best Red Sox player since the start of August has made just as much noise in the field as he has at the plate. That, of course, would be Hunter Renfroe.

The cannon-armed outfielder ranks just behind Dalbec in OPS (.955), offensive WAR (8.9) and overall WAR (1.2) among qualified Red Sox players (>100 plate appearances) and leads the team in home runs since August 1 with 12.

Most recently, he almost singlehandedly stole a game from the division rival Tampa Bay Rays last week with a clutch two-run moonshot over the Monster and two timely outfield assists.

The inspired effort from MLB’s outfield assist leader is especially notable given how much the Red Sox have struggled to field their positions of late — a problem they can’t afford to have with the season in the balance.

Also, Dalbec and Renfroe’s strong play comes as the Sox have faced the turmoil of having half their active roster land on the COVID-19 reserve list since August 27 — as of Sunday, 10 Red Sox were still on that list — and have seen their best players — Xander Bogaerts, Rafael Devers and J.D. Martinez — battle through slumps or miss time.

With the usual suspects starting to heat up again, Boston finds itself sitting at 81-64 and holding a one-game lead over the New York Yankees for the final A.L. wild card spot heading into Monday night’s action.

It’s fair to wonder if they would be in this position at all if it weren’t for two of the team’s unlikeliest heroes — Dalbec and Renfroe — helping keep things afloat.

With a few of the usual suspects, namely Bogaerts and Martinez, showing recent signs of life, hopefully they won’t have to do it alone. 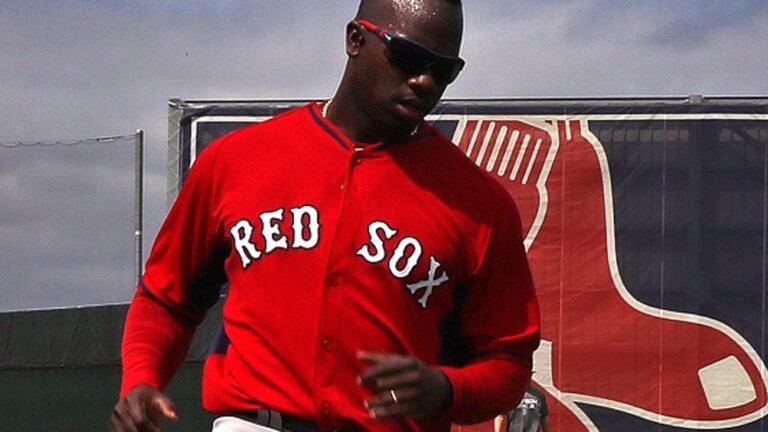