The Red Sox pulled off a perfectly poignant moment prior to the AL Wild Card Game against the Yankees on Tuesday, sending beloved broadcaster Jerry Remy onto the field to throw the first pitch.

Well before the game began, word started trickling in that the first pitch would be special before the one-off playoff game. Sure enough, Remy — who is battling lung cancer and left the NESN booth in August — came out in a golf cart. He stood in front of the mound and tossed the ball to fellow Red Sox broadcaster Dennis Eckersley as the crowd erupted.

Here’s a look at the moment.

Remy experienced shortness of breath in July before taking a break from broadcasting in August. When he stepped away, he released a statement.

“I’d like to share that I’ll be stepping away from the NESN broadcast for the time being to undergo lung cancer treatment,” Remy wrote. “As I’ve done before and will continue to do, I will battle this with everything I have.

“I am so grateful for the support from NESN, the Red Sox, and all of you. I hope that I’ll be rejoining you in your living rooms soon. Lastly, I’d like to thank my medical team for all they’ve done for me throughout the treatment process.”

Remy was first diagnosed with cancer in 2008 and has overcome multiple bouts with the disease over the years. The Massachusetts native spent 10 years in the majors, including seven with the Red Sox. He has been a member of the Red Sox broadcast team for 34 years. 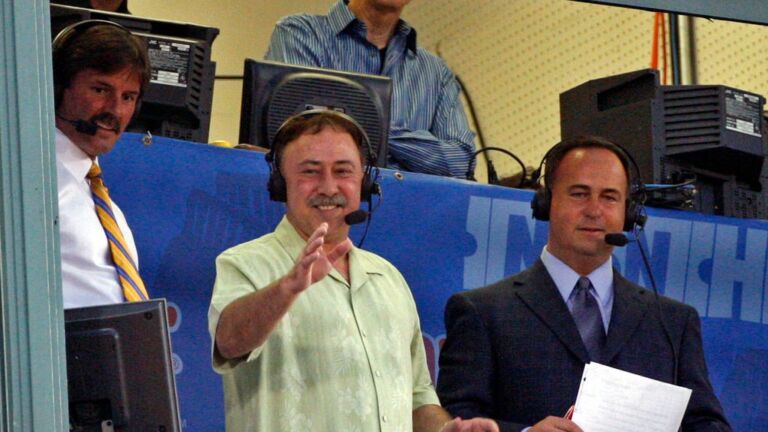