After both teams staged dramatic victories in the final game of the regular season Sunday to clinch a spot in the American League Wild Card Game, the Red Sox and Yankees meet Tuesday night at Fenway Park for the right to advance to the divisional round and face the Tampa Bay Rays.

J.D. Martinez, who suffered a freak ankle injury in Game 162 of the season, will not be available for the game.

The Sox announced their 26-player Wild Card roster, and Martinez – who rolled his ankle on second base as he jogged to play right field prior to the bottom of the fifth inning in Sunday’s 7-5 victory over the Nationals – was not on it. The loss is a significant one, given that Martinez hit .286/.349/.518 with 28 homers in the regular season.

“That just plain-out sucks,” Kyle Schwarber said on Monday of the possibility that Martinez could not play. “He’s been a staple here for how long now and been a staple in this game, a huge bat in this game. Really hoping that it turns out well for him and that he can strap it on [Tuesday], and if he can’t, you know, we’ve been in a spot like this before where we’ve just got to, next man up.”

The Sox added four players to their roster who had not been with the team at the end of the regular season.

· Lefthanded reliever Josh Taylor was activated from the injured list after being sidelined for the end of the season with a lower-back strain.

· With José Iglesias – the team’s primary second baseman in the last few weeks of the season – ineligible for the playoffs because he was not in the organization before Aug. 31, middle infielder Jonathan Araúz was summoned from Triple-A Worcester.

· Outfielder Jarren Duran was also called up from Triple-A Worcester, where his speed will make him a pinch-running option.

· To accommodate some of those in-game changes, the team also summoned a third catcher – Connor Wong – from Worcester to allow for strategic moves with catchers Kevin Plawecki and Christian Vázquez.

Also left off the roster are pitchers Hirokazu Sawamura and Darwinzon Hernandez. Chris Sale was not expected to be added to the roster.

Both Nick Pivetta and Eduardo Rodriguez will be available.

Here’s who’s on the roster for the Red Sox for tonight’s game.

Stat of the day: The Red Sox host the one-game playoff as a result of winning the regular-season series 10-9. The Yankees have won nine of the past 12 games between the teams after the Red Sox won the first seven meetings. 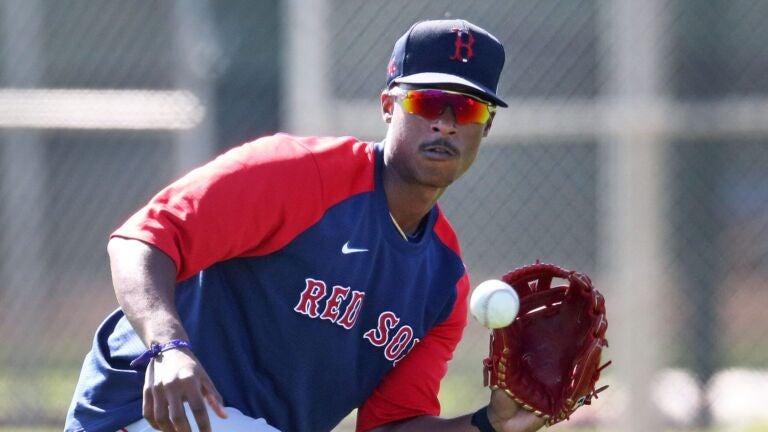