Alex Cora’s kicks for Game 3 have something that a fan of any Boston sports team will like.

The Red Sox manager will wear cleats that honor an iconic figure from the Bruins, Celtics, and Patriots.

The cleats, made by New Balance, pay homage to Bobby Orr, with his No. 4 and the Bruins’ black and gold. They honor legendary Celtics coach and executive Red Auerbach by including a cigar, which Auerbach would famously smoke on the bench at the end of games with the Celtics winning, along with several clovers. Finally, the shoes include Bill Belichick wearing his gray hoodie and “6X” for the number of times the Patriots have won the Super Bowl.

The shoes also have a silhouette of the Boston skyline.

Here are a couple of images of the shoes:

The cleats will be auctioned off at a later date, with all proceeds going to More Than Baseball, an organization that helps minor league baseball players. 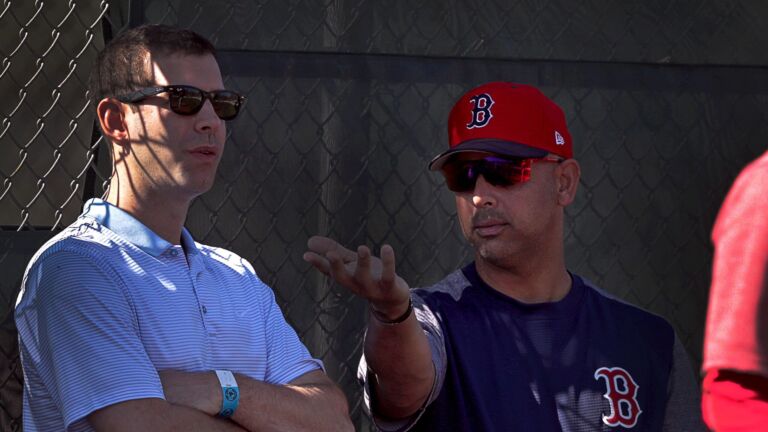