A Red Sox fan made an incredible one-handed catch when Rafael Devers hit a broken bat grounder in the second inning of Game 5, snagging the shard of Devers’ bat that flew dangerously into the stands.

“How good is that?” FOX broadcaster Joe Buck enthused.

“That is amazing. What could have happened,” color announcer John Smoltz said.

Buck later called the man “the hero of the second inning.”

“I just saw the bat coming and I was like, ‘I got to grab that thing,'” Ferrera told Keyser.

Unfortunately for the Red Sox, Devers’ broken bat was predictive of the team’s performance offensively in Game 5. They could not mount a significant offensive threat against Astros starter Frambers Valdez through six innings and were kept off the bases completely through four. They trailed the Astros 7-0 heading into the bottom of the seventh. 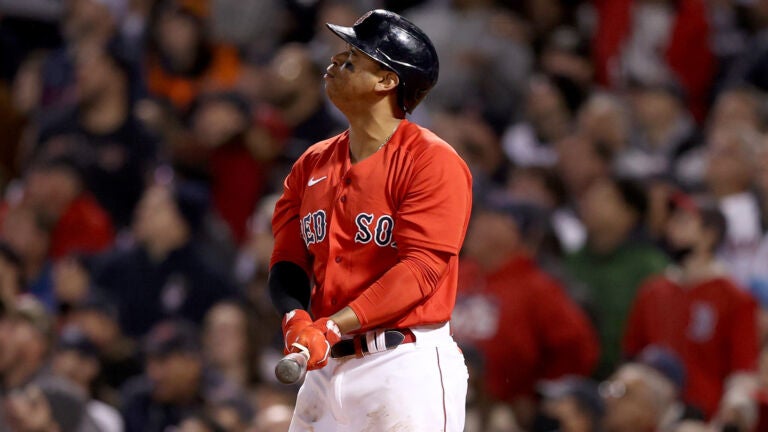