Well, that was about as entertaining as a Red Sox season gets, wasn’t it? I mean, at least among those that don’t roll credits while the majority of the starting rotation is swigging assorted beverages on a duck boat.

So let’s raise a glass to a fine season officially past. There was no famous final scene for the 2021 Red Sox, their last wheeze a hard-hit but harmless fly ball from Xander Bogaerts for the final out in their 5-0 loss to the Houston Astros Friday night.

With that, the dastardly Astros clinched the American League pennant in six games. They were the luckier team, and they were the better team, and it didn’t hurt, either, that Yordano Alvarez turned into 2003 Barry Bonds but with a smaller cranium. Sometimes you just have to tip your cap in salute. Banging your trash can will also suffice.

Sure, it was a frustrating end for the Red Sox, who totaled 21 runs in their victories in Games 2 and 3 and 10 total hits in their Games 4, 5, and 6 losses. But if you’re familiar with this crew, you have no choice but to admit that it was fitting.

The Red Sox died as they lived, running the bases like their cleats were on fire, too often fielding like their gloves were welded from the weightiest metals, deploying certain pitchers in high-leverage situations who really shouldn’t be trusted in any-leverage situations, and masking all of their recurring flaws by pulverizing the baseball like it had been caught trying to punt their dog.

Almost pulled it off, too. But because baseball both taunts and entices with its fickle unpredictability, just when we thought they might bash their way to their fifth World Series appearance since 2004, an autumn frost fell over the bat rack. The clobbering stopped, and soon thereafter, so did the season.

They could have gone to the World Series. But it’s hard to say they should have. They held a 2-1 lead in the series, and a 2-1 lead in the eighth inning of Game 4 before the winds, tides, and umpire Laz Diaz’s strike zone shifted. The Astros tied the score against Garrett Whitlock in the eighth, and took the lead – then blew it open after Diaz blew a call on what should have been an inning-ending pitch – against Eovaldi. The Astros beat the Red Sox’ two best pitchers that night, Boston’s bats soon went into hibernation, and nothing was the same afterward.

There will be no parade. But these Red Sox left us with more satisfying moments than most of us anticipated back in the spring. Optimists pegged them for a mid-80s win total and a cameo in the wild-card race. Skeptics thought they’d be lucky to flirt with .500. Cynics expected them to be relegated to whatever Rob Manfred is calling the International League these days.

Instead, they exceeded … everything. They won 92 regular-season games, beat the Yankees in the wild-card game to send them into another get-your-popcorn-ready offseason of chaos, knocked off the 100-win Rays in the ALDS, and gave the Astros a fight.

There were stretches of real frustration – they went 12-16 in August, and the COVID-19 outbreak that started late that month and lingered into September put the roster in constant shuffle mode.

There were stretches in which they looked invincible. After dropping three straight to the Orioles to open the season, they tore off nine straight wins and silenced those who sprinted to write off the season after that lost opening series, with 159 games to play. From the suspense-free 6-2 wild card victory on Oct. 5 through their second (and last win) of the ALCS on Oct. 18, they won six of eight games against the Yankees, Rays, and Astros.

The Red Sox weren’t always a great team. But they achieved some great things. They reminded us, time and again, to never write them off, which is why so many among us still believed they had a comeback in them despite their completely-in-character gaffes in Game 6. They rarely made it easy on themselves. But they never, ever quit.

Here’s hoping the Red Sox have similar chemistry and camaraderie next season. But we all know the roster requires changes. They basically had three trustworthy pitchers in the playoffs – the redoubtable Eovaldi, Whitlock, with Tanner Houck and Chris Sale each counting as half-trustworthy. They need to be a smarter team, too. They made so many fundamental mistakes and defensive miscues.

We do have confirmation now that Chaim Bloom has a sharp eye for finding overlooked talent. (Rule 5 pick Whitlock is an all-time steal, Hunter Renfroe brought bang for the buck, and Kiké Hernández ought to have a high-voltage warning). He’ll have some misses with all of the shuffling, but he deserves the benefit of the doubt going forward when he adds an unfamiliar player.

The Red Sox could not have a better manager – for the moment, for the city, and for all that the modern game demands – than Alex Cora. No, he did not have his best series against the Astros (Martín Pérez? MARTÍN PÉREZ?). He’s not quite Terry Francona, who discarded the massive anvil marked “1918″ from the franchise’s back. But he’s the second-best manager they’ve had in my lifetime. The Red Sox were so much better because he was back.

You know what the best thing about the Red Sox season was, though? All of you. Well, most of you. The crowds at Fenway this postseason were the best I can recall since at least October 2013. The fans brought life back to the old ballpark’s bones after the sad and soulless 2020 season, when the COVID pandemic and the resulting necessary protocols kept everyone away. This October wasn’t just about baseball. It was about catharsis.

It was a pleasure from this perch to watch the fans fall for this team and to hear the players’ express authentic appreciation for the support. Yeah, the 2021 Red Sox could be frustrating. But they made up for it with more genuine fun than most of us dared to expect. Don’t you miss them already? 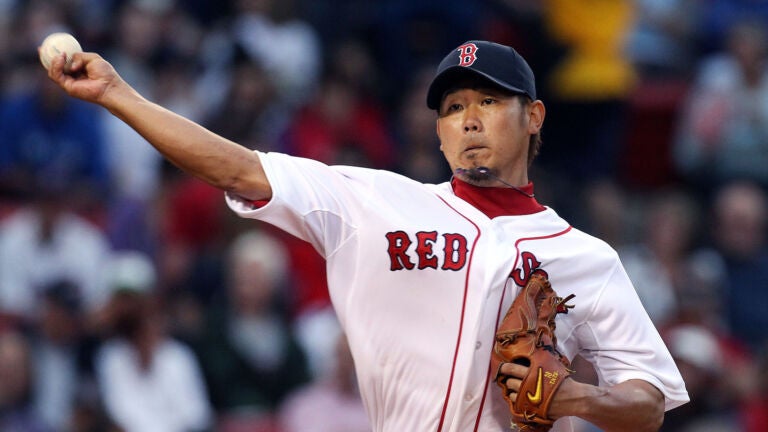