The Red Sox reportedly have not made any progress in extension talks with infielder Rafael Devers, according to MassLive’s Chris Cotillo.

Per Cotillo, the two sides are “exceedingly” unlikely to reach a deal before the CBA expires on Thursday at 12:01 a.m. Cotillo added that Devers and the Red Sox will likely rekindle conversations when a potential work stoppage ends.

According to Red Sox chief baseball officer Chaim Bloom, Devers battled an elbow issue throughout the postseason, but time off is expected to fix the issue.

“We did our best to get a handle on what was going on,” Bloom said. “Really [it was] elbow inflammation. It’s something we’re managing, nothing concerning. … Kudos to our medical staff and to Raffy for how he managed to play through it. Something that rest should do a lot to help.”

Devers’ defense has been criticized, but he was perhaps the Red Sox’s best hitter last year. He and Xander Bogaerts became one of just four American League shortstop/third base duos to win the Silver Slugger award in the same season this past year.

“There’s a lot of teams out there that [say], ‘Yeah, Raffy Devers quote-unquote struggles defensively,’” Alex Cora said after the season. “But on a daily basis, you want Raffy Devers.”

The Red Sox have a lot of time to come to terms with Devers. Still, as Jason Mastrodonato of the Boston Herald noted last week, the Red Sox rarely sign extensions even with players they value highly. If Devers is looking for a big payday — and presumably he will be after watching Rays rookie Wander Franco ink a big long-term deal — the Red Sox could have some big decisions to make. 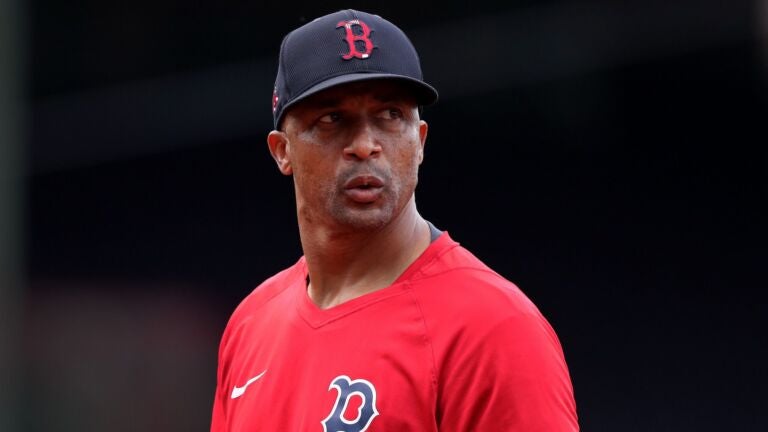