Every Red Sox fan has a favorite David Ortiz home run story – where they were, what they were thinking, how it made them feel.

Bannister congratulated Ortiz on his election to the Hall of Fame and then shared his personal favorite – a story that will surprise no one given Ortiz’s style.

1/ David played his final MLB season in 2016 at age 40. Even after 20 years in the big leagues he still worked relentlessly at both his hitting and physical conditioning.

3/ Often the quietest time of his day was during the games. Being an American League DH is a lonely (existence). 30-45 minutes between at-bats is typical. No time in the field.

4/ Some players really struggle with controlling their thoughts and anxiety during this downtime. Not David. During his final season, he used that rare downtime to call back friends.

5/ For context, I was added to the Red Sox Major League coaching staff for the first time at the All-Star Break in 2016.

6/ During games that year, I would sit on a couch in the clubhouse and monitor video + pitch data on my laptop for any signs of trouble with the pitchers. David would often sit on a couch nearby.

7/ I had always loved his infectious laugh and admired his incredible personal style. His ESPN commercial is one of my personal favorites.

8/ This one day in particular, he was sitting on the couch opposite me talking on the phone as usual. Mid-conversation he remarked “Hold on a sec. I have to go hit.”

9/ However, this time he did something unusual. He didn’t hang up the phone. He just put it down on the couch.

10/ I watched him walk down the stairs to the dugout and then appear on TV in the on-deck circle just moments later. Within a few minutes he was in the batter’s box. Spits on his gloves. Claps his hands.

11/ Meanwhile, I’m still sitting on the couch on my laptop. His phone is still on the couch across from me. The call is still active.

12/ I look up at the TV. He goes deep! Unbelievable! He starts trotting around the bases. He crosses home. Points up at the sky. High-fiving teammates.

13/ Moments later, he walks up the stairs into the clubhouse and sits down on the couch opposite me. He picks up his phone again and says “Hey I’m back – where were we?” The phone call had never ended. Absolute legend. 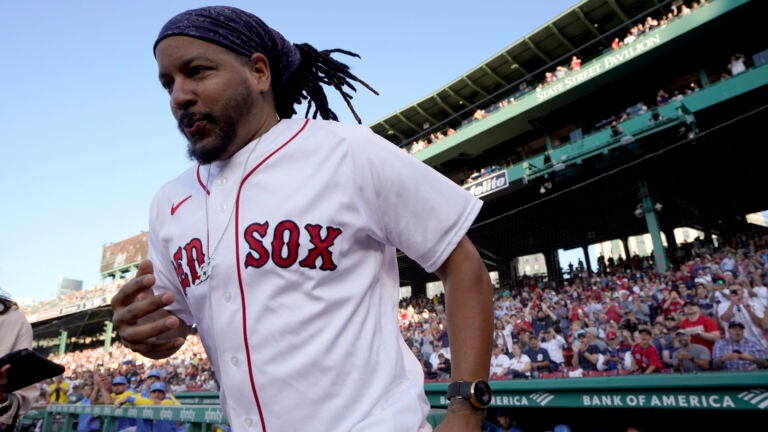