Xander Bogaerts, who left Friday’s game against the Yankees with a hamstring injury, is in the lineup Saturday.

The star shortstop felt a tweak following an RBI single in the 10th inning of the Red Sox’ 6-5 loss.

“I don’t know what it was,” Bogaerts told reporters. “It wasn’t good, though. And I mean, I tried to do whatever not to feel it and it kind of went away for a little bit. But it wasn’t a normal thing that happens every day.”

Bogaerts said at the time he believed he could pay Saturday, and a day later, it’s clear he was right.

“They’re obviously going to have to keep an eye on him, because there are 161 games to play, but it’s good that he’s in there,” The Boston Globe‘s Julian McWilliams said on NESN.

McWilliams said he saw Bogaerts working on the field and that he took batting practice well and looked “spry.”

If Bogaerts were to miss some time, the Red Sox could put Christian Arroyo at shortstop or move Trevor Story back to his natural position. 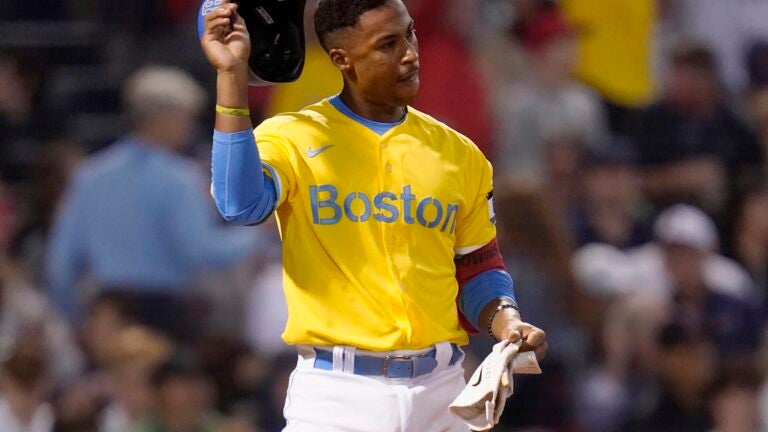 After one game, Red Sox option Jeter Downs back to Worcester