The Red Sox’ contract impasse with Rafael Devers hasn’t yet reached the dire stages the team’s stalemate with Xander Bogaerts appears to have. After all, the star Sox third baseman still has another year left on his deal before he hits free agency.

But the fact remains that Devers and the Sox reportedly aren’t close on an extension to keep him in town for the long haul, leading ESPN baseball insider Jeff Passan to draw a parallel no Red Sox fan wants to hear.

After reporting on “Sunday Night Baseball” that the Red Sox and Devers are facing a “significant chasm” in negotiations, being apart by up to $100 million, Passan gave WEEI’s “The Greg Hill Show” some additional details on Devers’s asking price and likened the slow contract talks to those of departed Boston star Mookie Betts.

“With Rafael Devers, you have a $300-million bat…The question the Red Sox have to ask themselves, and the question that will determine whether he signs up long-term to be a Boston Red Sox forever potentially, is if they believe his glove and a potential position change down the road changing their calculus of what they feel like he’s worth.”

Betts, as Sox fans will be loath to recall, couldn’t come to a long-term agreement with Boston after his MVP campaign in 2018, even reportedly turning down a 10-year, $300 million extension. Boston then traded the star right fielder to the Los Angeles Dodgers before the 2020 season, and Betts proceeded to ink a 12-year, $365 million deal and win a World Series in his first season with his new club.

The Red Sox lately haven’t been in the business of spending big money on retaining players or bringing in free agents but are reportedly considering making the 25-year-old Devers the exception to that rule, according to ESPN’s Joon Lee.

Devers’s projected price tag would put him in the realm of elite third basemen like Anthony Rendon, Nolan Arenado, and Manny Machado, who all make $30 million or more a year.

The difference between Devers and those players, however, is their gloves. Arenado, Rendon and Machado are all among the best defensive players at their position in addition to their abilities at the plate, while Devers has been below-average in the field since coming into the league, having posted a positive defensive WAR just once in his career.

“If he is a third baseman — an average third baseman, if he can get his glove to that point — then he’s a $300 million ballplayer,” Passan said of Devers. “If the glove doesn’t improve, and he needs to move over to first base, there’s never been a $300 million first baseman, and the ones who have made large sums of money tend to be really, really bad. These are the questions the Red Sox are asking themselves at this point.”

But despite the Red Sox’ insistence on prioritizing financial flexibility over luxury-tax spending, especially under Chaim Bloom, Passan notes that the Sox, who are currently the third-most valuable franchise in baseball, can afford to extend Devers.

“I just have a difficult time understanding why there’s this barrier that’s necessarily in place,” he said. “You look at the Red Sox’ payroll for next year, their commitments for next year I believe are around $60 million — not even. This is a team that can spend $230 million before going into the luxury tax. So yes, there’s room for a $300 million player on the Boston Red Sox payroll. There’s room, frankly, for Rafael Devers and Xander Bogaerts to be signed long-term. I just don’t think after Trevor Story especially that that’s something that’s in the cards.”

With significant money from J.D. Martinez and David Price coming off the books next year and several young cost-controlled players in the pipeline, the Red Sox can absorb Devers’s cost if they chose to. There’s still a year left to see if that’s what they intend to do or if Devers, like Betts, prices himself out of Boston. 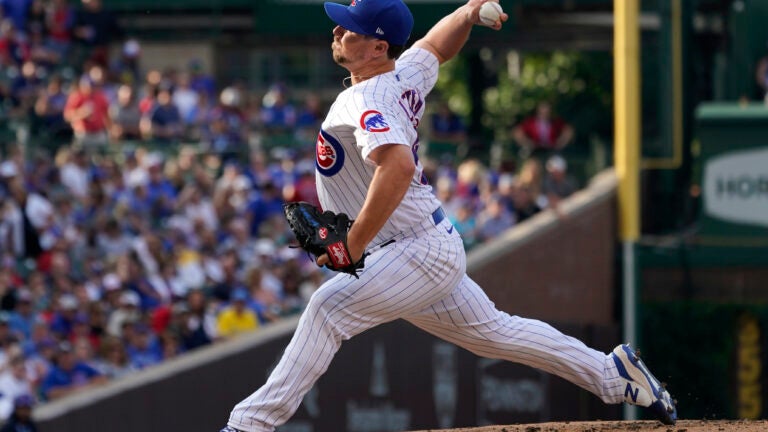