For Kevin Millar, the fact that he was part of a historic baseball team never gets old.

Though he retired from his playing career in 2010, the 50-year-old still gets frequently reminded (and thanked) for his role in helping the Red Sox win the World Series in 2004. It was the team’s first title in 86 years.

“I get a chance to soak it all in because there’s a story to where everybody was,” Millar explained in a recent interview. The combined impact of ending a generation-spanning championship drought coupled with the circumstances of an epic American League Championship Series comeback against the rival Yankees has cemented his place (along with his teammates) as a Boston sports hero.

“The never-ending stories are awesome,” said Millar. “We appreciate those. We were able to touch a lot of people’s lives that you don’t know that you’re doing it. You’re just playing baseball.”

Of course, Millar’s career path could have easily been different. Before signing with the Red Sox in 2003, he was initially set to join the Chunichi Dragons in Japan (having been sold by the then-Florida Marlins). All that needed to happen was for Millar to clear waivers, which was considered a formality.

The Red Sox, led by 28-year-old first-year general manager Theo Epstein, placed a claim on Millar, breaking a supposed “unwritten rule” that MLB teams wouldn’t block players going to Japan. A mini-controversy ensued as the Red Sox, Marlins, and Dragons all tried to negotiate a resolution.

Millar, meanwhile, was trying not to panic.

“I was scared to death,” he recalled. “Because [the Dragons] were mad, and the Red Sox had had about enough trying to get the deal done.”

Luckily, Boston stayed patient, and terms were eventually agreed to by all parties.

“It was the greatest thing that ever happened in my life,” Millar said of signing with the Red Sox. His affable and upbeat personality had a positive impact on a team that remains beloved in the region for finally winning a title after decades of coming up short.

And it’s been Millar’s trademark sense of humor that’s helped him in his second career as a television analyst. Since 2011, he’s been a co-host on MLB Network’s “Intentional Talk.”

“It’s fun,” Millar said of his current role, admitting that the transition from the batter’s box to the studio was rougher than it may have looked.

“They don’t teach you how to do television when you’re done,” he said.

“I would’ve never told you that we’d be on for 11 years. I thought I was going to be fired two months into it because I had no idea what I was doing,” Millar joked. “I was just kind of being myself. Our shows are organic and still are organic. You make mistakes and it’s not perfect, but that’s kind of the charm of it.”

Looking at the current iteration of the Red Sox — a team that finds itself last in the American League East — Millar urged patience despite the slow start.

“You look at it now and, you know, the sky is falling on Sox nation, oh my goodness,” he said, referencing the grim early season analysis. “But the one thing we always have to remember is that this is a long season and a lot of stuff could happen and everything is magnified in the beginning of the year.”

Millar also backed free agent signing Trevor Story to eventually settle in. Story signed with the Red Sox earlier in 2022 on a six-year deal worth $140 million. So far, he’s hit .210 in 21 games with zero home runs.

“Trevor Story’s going to be fine,” Millar reassured. “When you sign these kind of bigger deals and you come to these big markets, you try to do too much. Then you just take a deep breath like, ‘Hey, let’s just be me.’ And I think at some point that happens and they’ll be fine. And then you start bashing the baseball around like they’re going to do in the summertime at Fenway Park.” 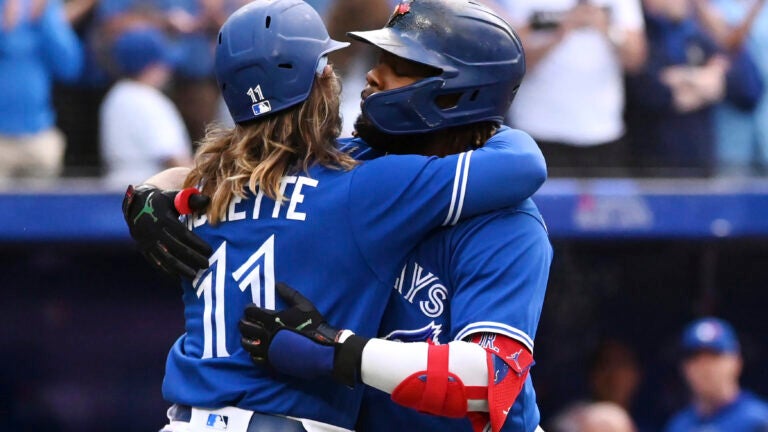