After starting the year 11-20, the Red Sox have climbed their way back up the standings. As of Friday afternoon Boston is 39-31, good enough to move into the second wild-card spot in the American League.

But the Red Sox have gone on their recent surge by mostly beating teams that are below .500 (10 of their last 12 series came against teams below .500). That will change starting this weekend when the Red Sox travel to Cleveland to face the Guardians. Beginning on Friday, 10 of the Red Sox’ next 11 series will be against teams above .500, and 38 of their next 46 games will come against teams in playoff contention.

Manager Alex Cora believes the Red Sox are “a different team compared to a month and a half ago,” giving some respect to the teams they’ve beaten recently.

Looking ahead, many of the Red Sox’ upcoming series come against AL East foes, with Boston facing the Yankees, Blue Jays, and Rays twice between late June and the end of July. New York already has a stranglehold on the division, holding a 12.5-game lead with a 52-18 record.

The series against Toronto and Tampa Bay could end up being significant. The Red Sox trail the Blue Jays for the top wild-card spot and are a game ahead of the Rays entering the weekend. In addition, the Red Sox have two series against the Guardians over the next month. Cleveland is currently leading the AL Central, but only via tiebreak, with the second-place team in that division likely to be in the wild-card mix.

With 20 games against fellow teams in the wild-card mix between Friday and the end of July, winning the majority of those games would put the Red Sox in a good spot for a couple of reasons. The obvious is that they would likely be able to either pull away or gain ground from the rest of the pack, depending on what happens in the games against the Yankees and Cubs. But if last season is any lesson, winning games against your competitors pay dividends come October. The Red Sox and Yankees finished the 2021 season with identical records. However, Boston hosted the Wild Card Game because it won the season series against New York, 10-9.

The Red Sox struggled against the Blue Jays and Rays earlier this season, going a combined 3-6 in their first nine games against the two teams. To make matters a bit tougher, Cora indicated that ace Nathan Eovaldi likely won’t make his return during the upcoming nine-game road trip after missing much of June due to a lower back injury. Kiké Hernandez, who hasn’t played since June 7 due to a hip injury, still felt discomfort earlier in the week.

Chris Sale is set to make another rehab start on Saturday, indicating his return is close. Pitchers Garrett Whitlock and Josh Taylor also appear to be progressing, with Whitlock throwing two innings of live batting practice earlier in the week, and Taylor on rehab assignment in Worcester. But outfielder Jaren Durran and pitcher Tanner Houck are both unvaccinated, which rules them out for the series against the Blue Jays in Toronto next week.

If the Red Sox continue to struggle against other AL playoff contenders, something bigger could be at play come the end of July.

Boston has several players on expiring deals, including Xander Bogaerts and J.D. Martinez. Earlier in June, ESPN’s MLB insider Jeff Passan called the Red Sox “the truest bellwether for the wildness of this trade deadline,” writing that they could become the biggest sellers in the league in July.

“If Boston finds itself, say, seven games back of the third wild-card spot in the AL…can it reasonably hold on to shortstop Xander Bogaerts, knowing he plans on opting out of his deal this winter? No,” Passan wrote. “Not when the Cardinals and Angels have such clear needs at the position and would have to make significant but not backbreaking deals for short-term solutions. Teams would line up for J.D. Martinez, also a free agent-to-be. Homer-prone as Nathan Eovaldi has been this year, he’d be an excellent alternative for teams that don’t want to get into the [Luis] Castillo/[Frankie] Montas bidding wars.”

Passan also mentioned Christian Vazquez, Michael Wacha, and Hernandez, among several other players the Red Sox could find themselves parting ways with if they decide to be sellers at the deadline.

Boston certainly sits at a better spot than it did when Passan first raised that possibility on June 3. But the Red Sox’ schedule between now and Aug. 2 trade deadline is far from easy, and if they falter, this stretch could end up defining the Red Sox for years to come. 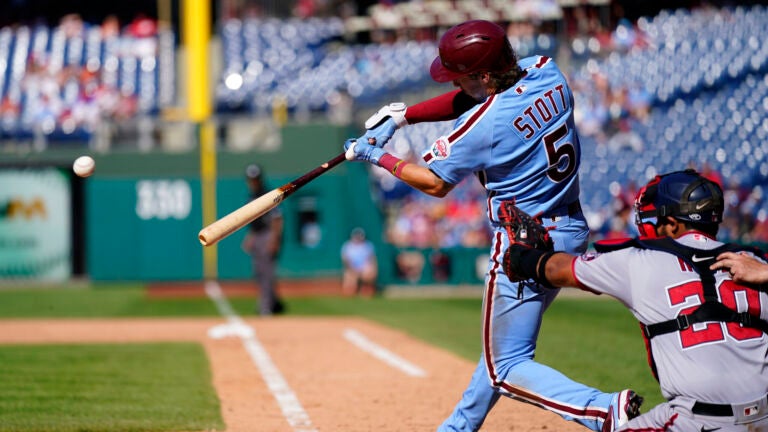