For the third straight night on Wednesday, the Red Sox lost to the Rays — 4-1 in this case — and for the second consecutive evening, the most memorable play was the ugliest.

On Tuesday, the Red Sox gave up the tying and ultimately winning run on the same ugly play when Taylor Walls hit a liner off Matt Strahm, and Strahm’s throwing error allowed two runs to score. Wednesday’s miscue wasn’t quite as costly — the Red Sox already trailed 3-1 when Rob Refsnyder held onto the ball indecisively for too long, allowing Brandon Lowe to scamper home from first on single.

But the totality of the Red Sox’s mental miscues over the last two days seemed to get to manger Alex Cora. After all, the fielding errors weren’t the only mistakes — the Red Sox have also been thrown out twice at third in crucial situations in as many days. On Tuesday, Alex Verdugo — who represented the tying run — was picked off third base with nobody out, which ultimately allowed the Rays to escape the seventh inning unscathed. On Wednesday, Rafael Devers was thrown out trying to advance to third in the top of the fourth.

There’s no guarantee the Red Sox would have won even if Devers scored and Refsnyder made the right decision instantly. Still, a 4-3 game might have had a different tenor, and the Red Sox didn’t give themselves that opportunity.

“We’re not playing good baseball right now,” Cora told reporters after the game. “It’s a lot of mistakes, and it’s costing us games. We need to start playing better baseball if we want to be the team that we envisioned in spring training.”

The Red Sox have now lost three games in a row, and seven of their last 10. They remain winless this season in any series against the AL East.

“We had a great weekend,” Cora said, referencing a pair of big wins over the Yankees. “I’m not gonna blast them. But you have to keep playing. Like I said, nobody is going to feel sorry for your injuries or who is playing or whatever, you have to show up every day. We’ve been very sloppy lately, and we have to get better.”

The Red Sox are banged up. Kiké Hernández is out indefinitely, while Garrett Whitlock, Michael Wacha, Rich Hill, and Nate Eovaldi are all out as well.

Still, the players who were available on Wednesday were uninspiring. The Red Sox mustered nothing against Cy Young candidate Shane McClanahan, who gave up a run, no walks and three hits in 6.1 innings while striking out six, and they only recorded two hits against McClanahan’s successors.

“I really don’t feel like we’re playing bad, but this series, these guys don’t give you an extra out [and] don’t make mistakes,” Xander Bogaerts told reporters. “… Defensively, these guys are just solid. They’ve taken advantage of us.”

A reporter pushed Cora on whether he was calling out his team’s effort.

Still, Cora’s displeasure with the Red Sox was impossible to miss in his admiration of the Rays.

“It’s not analytics or this and that, it’s they play 27 outs,” Cora said. “They play hard. When you see them on the other side, it’s impressive what they’re doing. They have a lot of injuries too and they’re playing very very hard.”

The Red Sox and Rays close their series on Thursday. 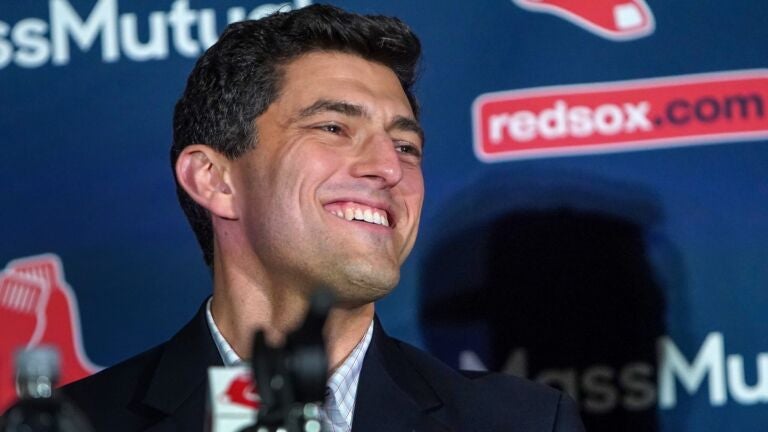