Ortiz — who spoke to reporters Thursday — called on the Red Sox to re-sign a pair of stars who grew up in the pressure-filled Boston sports environment.

“Trust me, playing in Boston is not for every type of player,” Ortiz said. “I played there for so long, and it’s a distraction for a lot of players. They don’t know how to handle it. I played with a lot of superstars, they did great somewhere else and when they got to Boston they struggled because they couldn’t put up with what’s going on up there.”

Devers — who, like Ortiz, is from the Dominican Republic — drew the most profuse praise.

“I hope the Red Sox make sense about the decision they have to make about him,” Ortiz said. “We’ve got to keep Devers around. It’s the face of that organization, as of right now. Nobody can argue that.”

Earlier this week, Devers said the Red Sox are yet to approach him about an extension. Any new contract for Devers would likely be appropriately massive for a 25-year-old about to play in his second All-Star game.

If the Red Sox do approach Devers, they would find him receptive.

“When I first saw him a couple of years ago in the big leagues, I right away told the Red Sox, ‘You’ve got to let this guy in,'” Ortiz said. “Devers might be one of the top three pure hitters right now. Not ‘might,’ because I’m 100 percent sure right now.”

Ortiz’s approval isn’t guaranteed. While he believes baseball has its best talent ever in the league at the moment, players in his era played the game “the toughest possible way” — something he believes the current generation doesn’t possess.

However, Devers — who went 2-for-4 with a homer in the Red Sox’s 5-4 loss to the Rays on Thursday — has fully won Ortiz over.

“When I see Devers, it’s like I never left,” Ortiz said. “He’s fearless, and at such an early age he looks invincible out there. Everything is going really good for him.”

Bogaerts told reporters Thursday evening that he appreciated the Red Sox great for advocating on his behalf. 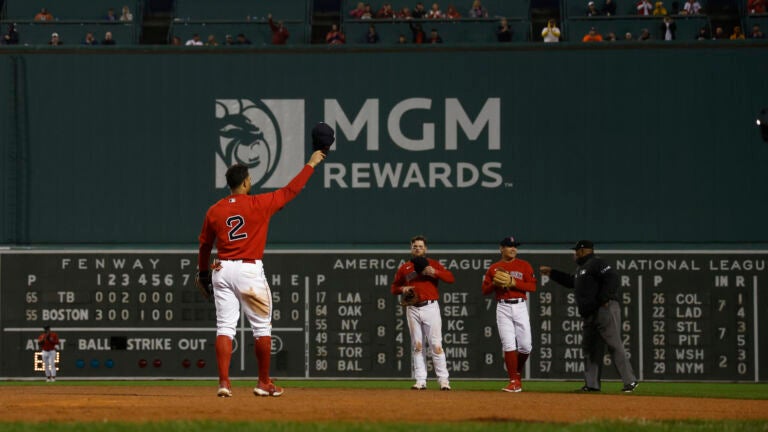