Ortiz was one of several guest appearances on the broadcast, which included many players on the field. Alek Manoah stole the show — he called former pitcher John Smoltz “sexy” when Smoltz told him to throw a back-foot slider (the pitch hit the batter) and exulted that he recorded “three punchies” after striking out the side.

But Ortiz gave Fox Sports two entertaining minutes as he made his way through the American League clubhouse.

He started with Miguel Cabrera, informing the veteran star that he will see him in Cooperstown in a couple years.

“Okay, I’ll see you there. Big Papi in the house,” Cabrera answered.

Baker acknowledged that Ortiz was very capable of hitting a homer but joked that he was saving Ortiz for the ninth inning in case the AL team was behind.

“I know you’re a RBI man and a home-run man,” Baker said, which drew a cackle out of Ortiz.

Ortiz wandered around the clubhouse for a few more minutes. He continued his recent trend of telling teams to pay their high-profile stars in a brief moment with Yankees star Aaron Judge, then spoke to Manoah.

“How do you pitch me?” Ortiz asked the Blue Jays hurler.

“How do I pitch you?” Manoah answered, looking a little taken aback despite his big sunglasses. “I’m probably coming a little high and tight, get you off the plate.

Baker, of course, did not put Ortiz in for the ninth, but the AL won 3-2 anyway — their 10th consecutive victory over the National League. The big winner, though, was the Fox broadcast, which benefitted greatly from all of its special guests. 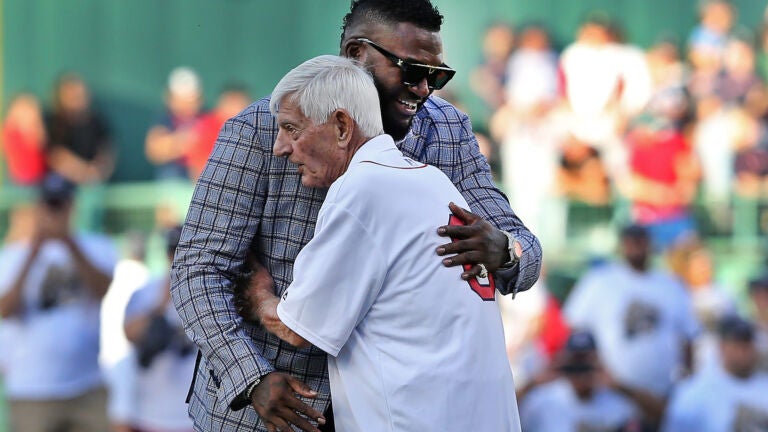