David Ortiz is set to make his big speech as he enters the Baseball Hall of Fame on Sunday. As he prepares for the moment, he enlisted help from the man who might have saved his baseball career.

Pedro Martinez, whom Ortiz called his “big brother,” gave tips to the soon-to-be Hall of Famer on what to say Sunday.

“Me and Pedro, we go way back. Last night he was basically giving me a speech,” Ortiz told reporters Saturday, a day prior to his big day in Cooperstown. “Telling me what to do. How to handle business.

“The most important thing was that he didn’t want me to lose my focus. Don’t forget about where I come from. Be me. Have fun. That’s what it’s all about. In the beginning, it was crazy. Emotion is always going to be popping up. Just be me.”

Martinez will welcome Ortiz as a fellow Hall of Famer in Cooperstown on Sunday. Twenty years ago, Martinez helped welcome Ortiz to Boston, too.

Ortiz was released by the Twins in 2002 as Minnesota couldn’t find a team to trade him to while it was looking to cut salary. Martinez, whom Ortiz hit a home run off of during the 2002 season, ran into the slugger at a restaurant in the Dominican Republic. When Martinez found out that Ortiz didn’t have any major league suitors, he instant called Red Sox general manager Theo Epstein and recommended that they sign him.

Two days later, Ortiz was on his way to Boston.

Once he made his way to Boston, Ortiz instantly left his mark. He hit .288 with 31 homers in his first season with the Red Sox in 2003, helping them reach the 2003 American League Championship Series. After the disappointing loss to the Yankees, Ortiz and the Red Sox hit another level in 2004. Ortiz hit .301 with 47 homers. In that postseason, Ortiz hit three walk-off hits, helping the Red Sox overcome a 3-0 deficit in the ALCS before breaking the curse and winning their first World Series in 86 years.

Ortiz continued to get better, hitting 54 homers in 2006 to break the Red Sox’ single-season record. In 2007, Ortiz’s 35-homer, .322 batting average season helped Boston win another World Series. He continued to be an All-Star for all but one season between 2008-12.

If Ortiz hadn’t won the hearts of Red Sox fans through all that, he certainly did in 2013. Five days after the Boston Marathon bombing, Ortiz declared “This is our [expletive] city!” A year after going 69-93, Ortiz’s bat once again spearheaded an AL East title for Boston, hitting .309 with 30 homers.

Ortiz continued his dominance into the postseason, hitting a game-tying grand slam in Game 2 of the ALCS against the Tigers that helped even the series. In the World Series, Ortiz hit an astonishing .688 with two homers and six RBIs to help the Red Sox defeat the Cardinals in six games, winning the World Series MVP in the process.

When asked in Spanish to pick a defining moment of his career, Ortiz picked the 2013 season because of what it meant beyond the field.

In addition to taking pride in his performance in the 2013 season, Ortiz took pride in how he respected his other teammates on Saturday. Several of his former teammates are in Cooperstown this weekend while those who were unable to make it have shared kind words for Ortiz ahead of his induction.

“My teammates going back to my Minnesota days all the way to Boston, all I can say is that I always tried to have my teammates’ back,” Ortiz said. “And they feel back with the same thing. That’s why you’re going to see so many of them out there tomorrow. This is a fraternity. The same way it goes here in Cooperstown, we all just have a family.

“What you see going on here, we built it up on the field over our careers. You need to be a good teammate. You gotta be able to let them know that you’re always going to be there for them. It’s your second family.”

The induction ceremony for Ortiz and the rest of the 2022 class will start at 1:30 p.m. on Sunday. 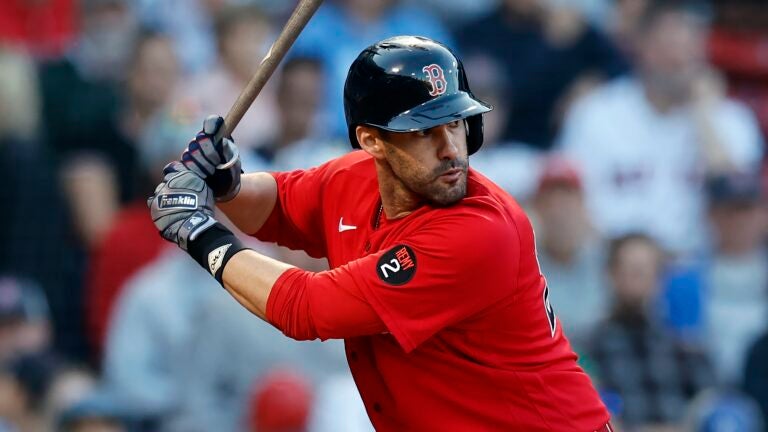