The Red Sox claimed a 3-1 victory over the Guardians on Monday, which would have been fairly unremarkable except that it snapped the longest losing streak of the season — a five-game skid that had fans and media speaking existentially about a team that made the American League Championship Series last season.

“Hopefully this is the beginning of something good,” Alex Cora said after the game. “It’s a W. It’s a big, big W.”

The Red Sox got 5.2 solid innings from Nick Pivetta, who allowed seven hits and three walks but limited the damage to just one run while striking out six and coaxing 13 swing-and-misses, per Baseball Savant. Pivetta has struggled this month, but he pitched exclusively out of the stretch, which he told reporters allowed him to stay online and in the strike zone more consistently.

“He was better,” Cora said. “… Velocity was up, I think the curve ball was good today, his slider was okay, but a lot better, better rhythm. I think the fastball, when he used it it was obviously at 94-95, but he went through some good spots and gave us a chance to win.”

Meanwhile, the offense generated a pair of important runs in the sixth, highlighted by Alex Verdugo’s RBI double to right that broke a 1-1 tie the Guardians knotted one inning prior. A second insurance run and a nice bullpen outing from the Red Sox got them back on track — at least for now.

“We work so hard from 2 o’clock all the way to the last pitch to get that,” Cora said. “We celebrate, and we’re ready turn the page. We have to be ready for tomorrow.”

“It’s an interesting situation where we show up and we’re ready to play every single day, and we do absolutely everything we can to go out and compete,” Pivetta said. “Sometimes things don’t go our way, but it doesn’t show that we’re not showing up, doing what we need to do every single day, and going out and giving the best effort we can.”

2. Garrett Whitlock continued to mow down batters, retiring all six batters he faced in the eighth and ninth innings in order. Whitlock has now retired 18 of the 19 batters he has faced since he returned from an inflammation issue with his right hip.

The Red Sox did have one scary moment when Red Sox coaches hustled out to talk to Whitlock after an odd looking pitch, but Whitlock stayed in the game. Cora said he slipped a little bit and was fine.

Cora added that Whitlock pitched two innings in part because he wasn’t going to be available on Tuesday anyway. Tanner Houck rested and could pitch two innings on Tuesday if necessary.

3. After all of their issues recently, Red Sox players could be excused for thinking about the trade deadline a little more urgently.

Pivetta, however, denied that the team has anything on its mind other than trying to win games.

“I don’t think anybody is thinking about the trade deadline,” Pivetta said. “I think we’re focused on what we need to do tonight to win a baseball game. That’s all we’re focused on is going out and putting up runs, doing defensively things right, throwing strikes, playing the game of baseball. I think when you get lost in all the white noise, it doesn’t work.”

4. Whether or not you like the yellow jerseys, the Red Sox improved to 6-0 this season and 12-2 since 2021 when dressed like Sharpie highlighters. 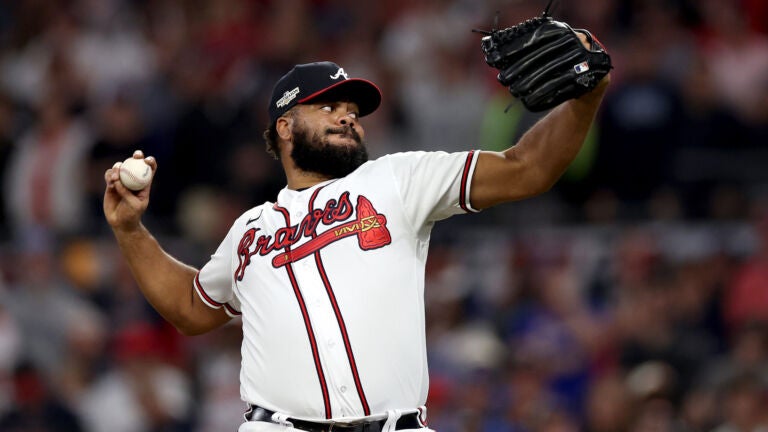