Former major leaguer Bill Lee had stopped breathing after collapsing in the bullpen during an exhibition game, but paramedics and two shocks with a defibrillator helped resuscitate the 75-year-old pitcher, according to a witness at the scene.

“Without immediate intervention, I do not believe he’d be here today,” Town of Thunderbolt Administrator Bob Milie told The Associated Press on Saturday, a day after the cardiac episode during a game for the popular Savannah Bananas.

“He wasn’t breathing,” said Milie, who’s also a firefighter in the Georgia town a few miles from Savannah. “It was very, very dire.”

Bananas manager Eric Byrnes posted a picture to Twitter of himself with Lee — a member of the Boston Red Sox Hall of Fame — at Memorial Health University Medical Center on Saturday.

One of Lee’s daughters arrived in town and was at the hospital with him, team president Jared Orton said.

“She said he’s in good spirits and continues to be evaluated for next steps in recovery, but is certainly acting like himself,” Orton said in an email to the AP.

Orton said a member of the Bananas’ front office stayed with Lee at the hospital past midnight.

Milie was at Grayson Stadium to see the Bananas, an entertaining team known for its bright yellow uniform and its clowning antics on and off the field. The game against the Party Animals was on ESPN2.

Lee, fondly nicked “Spaceman” for his irreverent approach during his days with the Red Sox and Montreal Expos, had previously pitched for the Bananas. When he went down Friday night, some people in the ballpark thought for an instant that it might’ve been part of their team’s “Bananas Ball” act.

“You never know with the Bananas. It was like ’is this … Wait, this is definitely not part of the show,’” Milie said.

Milie, who wasn’t part of the team that treated Lee, praised all the EMTs, police, firefighters and rescue personnel at the scene for their swift action.

Milie said Lee was shocked twice with the defibrillator on the field.

“The second one, that seemed to do the trick, got the heart beating,” he said.

Lee was able to leave the field with assistance and the game later resumed.

In 14 seasons with Boston and Montreal, Lee went 119-90. An All-Star in 1973, the left-hander helped pitch the Red Sox into the 1975 World Series and started Game 7 against Cincinnati. Lee exited in the seventh inning and Boston later lost to Cincinnati 4-3. 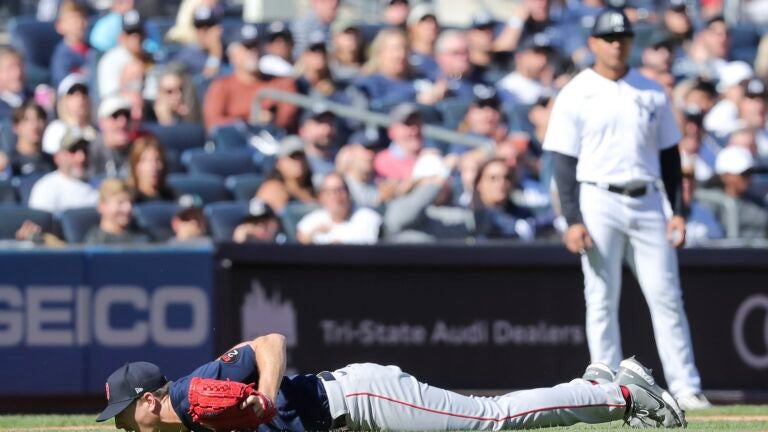