Brayan Bello has a fan in Pedro Martinez.

The former Red Sox ace believes Bello could one day blossom into a star himself.

“Brayan Bello is another kid that has the potential to be a Cy Young type of pitcher in the future,” Martinez said on MLB Network.

Martinez believes the 23-year-old right-hander joined the Red Sox prematurely out of necessity. Bello’s ERA has dipped from 8.82 in July to 4.66 in August to 1.69 in 21.1 innings in September as he’s gotten more comfortable. He’s allowed one run or fewer in three of his last four starts.

Bello weighs around 170 pounds, similar to what Martinez weighed during his pitching days, and the three-time Cy Young winner Martinez sees some of himself in the youngster.

“It only brings back good memories of who I was and how I was,” Martinez said.

Martinez said Bello has started to adjust to pitching at the big league level. He was in an unenviable spot at the beginning, having to learn on the fly against the best hitters in the world, but now he’s figuring it out.

Bello’s sinker reaches 96 miles per hour, his fastball can get up to 100, and his changeup and slider keep hitters honest. Martinez credited him for taking some lumps and responding convincingly to a somewhat unfair situation.

“Sometimes, the struggles will make you lift up your head and come back and fight,” Martinez said. “Take a punch, and you punch back.” 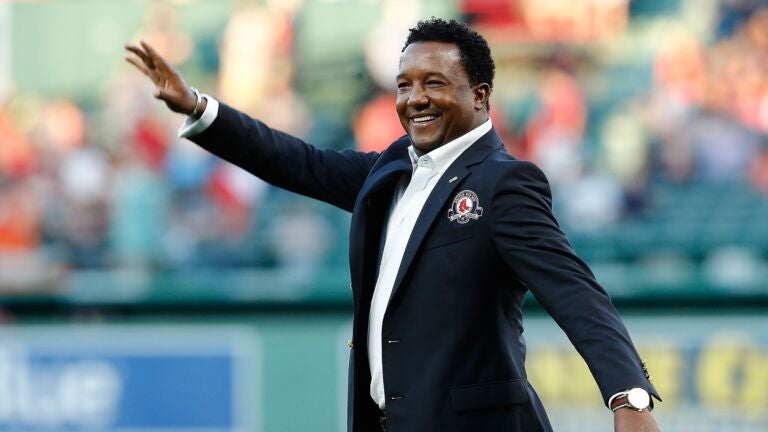 A conversation with Pedro Martinez, covering his career and more