The Red Sox simply didn’t get enough at the plate from their outfielders last season en route to a last-place finish, which might be why it’s no surprise that they’re on the market for some outfield talent.

Boston is “among many teams to express interest” in Pirates outfielder Bryan Reynolds, The Boston Globe’s Alex Speier reported Saturday.

Reynolds, who turns 28 in January, has been a consistent force at the plate for much of his first four seasons in the majors. The switch-hitter has a career .281 batting average and .842 OPS, posting 24 home runs and 79 RBIs in a 162-game average.

Reynolds was arguably one of the best-hitting outfielders in 2021. He had a .302 batting average with a .912 OPS, adding 24 home runs, 90 RBIs, and a major league-leading eight triples.

In his four seasons in the majors, Reynolds has played a bit at each spot in the outfield. However, he played almost all of his innings in the field at centerfield last season.

Reynolds isn’t the only outfielder the Red Sox have their eyes on. They’ve also expressed interest in the Diamondbacks’ outfield surplus, Speier reported.

Any of those players would likely be welcomed additions to the Red Sox roster. Alex Verdugo was their only outfielder to hit double-digit home runs last season with 11. Kiké Hernández, Rob Refsnyder, and Jarren Duran are the only other outfielders on the Red Sox’ 40-man roster. 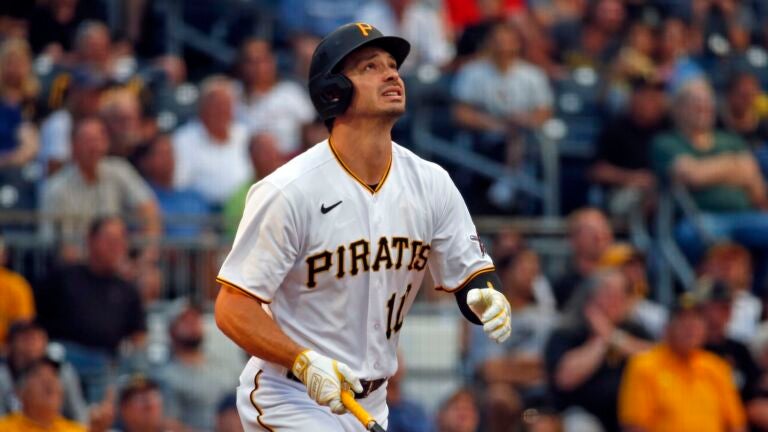