The Red Sox need pitching help and reportedly have a big appetite to spend this offseason.

So where would David Ortiz prefer to allocate the cash if he were Chaim Bloom? The Hall-of-Fame designated hitter has a specific all-star he’d like to see Boston target.

“The free agent market is not wide open like years before,” Ortiz told MassLive’s Chris Cotillo on the Fenway Rundown podcast. “Pretty much all great players are under lockdown with some organization. But, you have a guy like [Justin] Verlander out there. You can add him to your resume and it’ll be great, but you’ve got to pay.”

Veralnder, 39, is coming off a one-year, $25 million deal with Houston. He won his third Cy Young Award and led the Astros to a World Series title.

He has a $25 million player option with Houston, but could choose to test free agency.

The Red Sox have a major free-agent of their own, Xander Bogaerts, whose situation needs to be addressed. They also should be focused on re-signing Rafael Devers, Ortiz said.

“There’s very few [impact free agents],” Ortiz said. “I’m not even going to mention Aaron Judge because you really have to get your checkbook ready for that. There’s some good players out there, but you basically focus on your priorities which are Devers and Bogaerts, and then go from there. That’s two players you can build around.”

Collectively, the Red Sox’ pitchers finished 25th in the MLB with an era of 4.53. Only the Pirates, Reds, Nationals, Rockies, and Royals were worse. Still, Ortiz believes there are some bright spots.

“Last year, our pitching had issues, but the one thing I can tell you is we have some young guns trying to figure it out,” Ortiz said. “I believe in that. I believe in experience. I believe in hard work. And I believe these guys are going to get a better job done moving forward because of experience.” 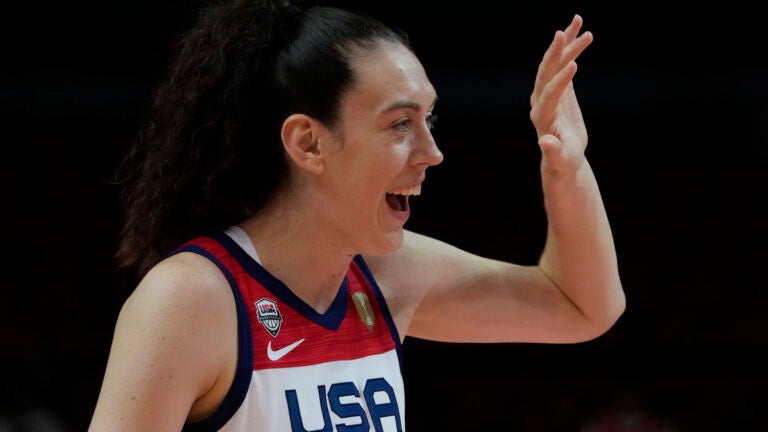