Kessel and Hnidy were the only shooters to score. After the snakebitten Kessel beat Thomas with a backhander, his teammates banged their sticks on the boards. There was some dispute on Hnidy’s shot on Thomas — the defenseman said he scored, the goalie swore he didn’t. But Julien sent out Hnidy again, and he cleanly beat Thomas with a forehand rip off the right post. 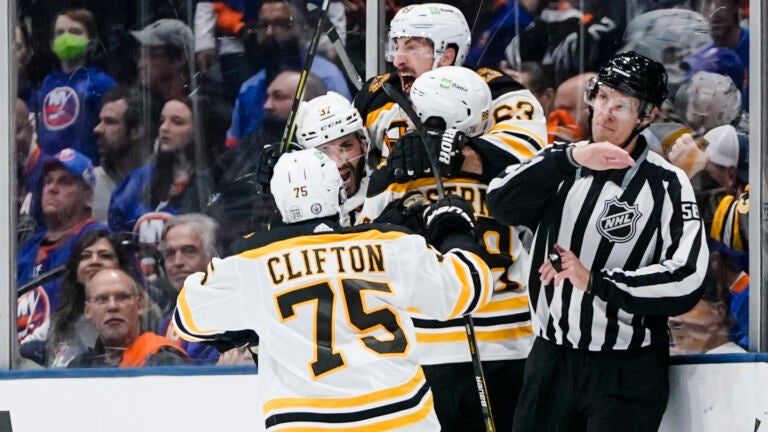