No sign of third-year winger Phil Kessel, who remains Boston’s leading goal scorer, at this morning’s workout on Causeway Street. The 21-year-old will not be in the lineup tonight, out for a third straight game, when the Bruins face the Lightning in Boston’s 76th game of the season.

”We’re going to see [Kessel] come back with the team at some point this week,” said coach Claude Julien, addressing the media after the half-hour workout. ”I guess we anticipate that he should be playing again early next week.”

Per standard team policy, which would be to wrap a huge Ace bandage of secrecy around all injuries and/or illnesses, Julien would not reveal the reason why Kessel has been missing in action the last two games.

Kessel, who missed a chunk of his rookie season for treatment of and recovery from testicular cancer, was sidelined with mononucleosis for a couple of weeks in January. Late last week, he appeared to be receiving treatment for an ailing shoulder.

Headed into tonight’s game Kessel still has the club’s scoring lead with his career-high 31 strikes. Prior to being sidelined by mono, he had 24 goals, and connected only seven times over the 25 games leading to his recent setback. 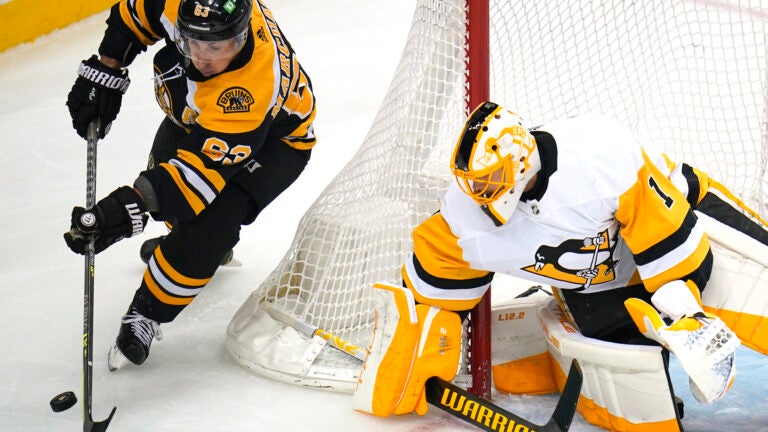 Bruins shut out in Pittsburgh, fall to Penguins 4-0