About to drop the puck here on Causeway Street.

Shawn Thornton, vital member of Boston’s hard-working fourth line, did not skate in the pre-game warmup. According to a team spokesperson, the gnarly winger is scratched due to injury (undisclosed, of course).

Thornton looked fine during the morning practice here. However, it was so cold in the stands that he could have sustained frostbite along with several members of the media corps.

Steve Montador, who practiced as a defenseman in the morning workout, is likely to slip into Thornton’s roster spot.
. 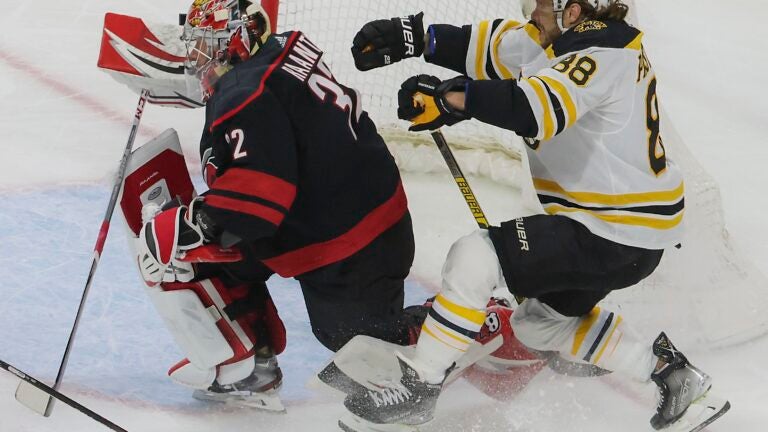 David Pastrnak says there was no intent to injure Antti Raanta