On Sunday, after Matt Cooke leveled Marc Savard with a blind-side head shot, the sentiment around the Bruins dressing room was that the NHL would address the issue via suspension.

“I thought it warranted something,” Shawn Thornton said. “I really don’t know what to say. I’m taken aback, to tell you the truth.”

By not issuing a suspension, the NHL set up next Thursday’s rematch at TD Garden in which Cooke will be eligible to play. After knocking out David Booth, Mike Richards had to answer the bell. First, Florida captain Bryan McCabe challenged Richards to a fight. Then Booth, in his first game back against the Flyers, took on Richards, who accepted both fights.

Claude Julien, citing Steve Moore’s lawsuit stemming from the Todd Bertuzzi incident, declined to comment on whether Cooke might have to answer for his actions on Thursday.

“I think there’s already a multimillion-dollar lawsuit ongoing in the NHL right now for what was deemed just that,” Julien said. “As a coach, you can’t have any part of that. You’ve got to let the league take care of the decision they think is right. All you can do is move on as a coach and focus on your team.” 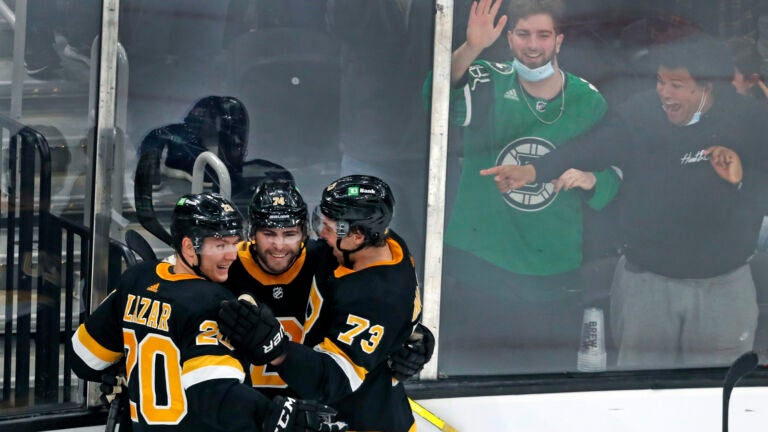